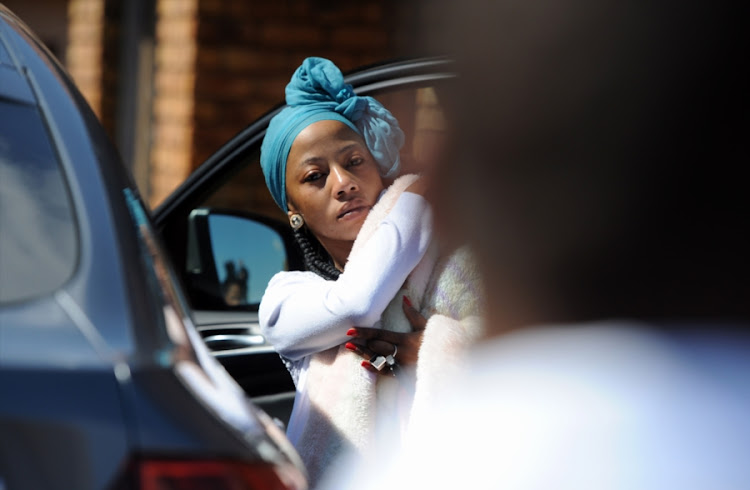 Kelly Khumalo has been subjected to much abuse from the public due to frustration over Senzo Meyiwa's death.
Image: Gallo Images / Foto24 / Felix Dlangamandla

Someone said the hardest thing to be in the world is  a black, strong woman. And every day I see proof of this.

A viral video which appears to show musician Mampintsha assaulting longtime girlfriend and singer Babes Wodumo has dominated headlines since it emerged on Monday. South Africans have been vocal in their shock over the incident and have called for justice.

I watched Kelly Khumalo and Senzo Meyiwa’s names ride up the Twitter trends list in the same way, as people continually abused Kelly for the lack of answers in the Senzo case.

Kelly, the mother of Senzo’s last-born child, has largely been on the receiving end of all the frustration and anger surrounding Senzo’s unsolved case. Constantly,  Kelly has received hate that should be directed at  the police.

See, Senzo was killed in October 2014 at Kelly’s family home. Among those in the house at the time were Kelly, her sister Zandi, her mother Ntombi, her son Christian, Senzo’s friends Tumelo Madlala and Mthokozisi Twala, and Longwe Twala.

Today (it’s been more than four years since Senzo was buried), with the loud promise from the police and the justice system to bring his killers to justice, the case remains unsolved.

Earlier this week, TimesLive reported that Siyabonga Miya, Senzo’s cousin, had been campaigning outside the SAPS headquarters in Durban to remind Bheki Cele of his promise to finally bring Senzo’s killers to book.

This after the police minister announced publicly during a television interview in January that the mystery of Senzo’s death would be solved before Easter.

Kelly Khumalo on hate: I wonder what separates cyberbullies from Mampintsha?

Kelly's name is always dragged into and she's over it.
TshisaLIVE
3 years ago

While Senzo’s family has been holding on to that promise, it’s hard to see how or why they continue to trust the system, considering that, with the exception of the botched arrest of Zamokuhle Mbatha, who lives in Vosloorus near Khumalo’s home, police have not made any headway in the investigation… seven witnesses and all.

And still, it’s mainly one person who has had a constant, painful and public reminder of the fact that the killers remain at large  – Kelly. The woman can’t even breathe in the wrong direction without being told to find or reveal Senzo’s killers.

Kelly’s had a hard hand dealt to her by life. She’s publicly experienced loss on a major scale over the years, but the way I look at it, she didn’t have a say in it. I know I wouldn’t choose that. She’s had to make lemonade out of an unfair amount of lemons and she’s stronger for it.

The fact that she’s a strong black woman, who is strengthened by things designed to kill her, does not give people the right to cyber-bully her and to drag her into every single death or man-related breaking story.

Long-term failure of the police to do their job is the reason Kelly Khumalo is bashed every single time. Kelly is another woman who is suffering from unwarranted abuse because the police aren’t effective in doing their jobs.

The clock is ticking for police minister Bheki Cele to deliver on his promise he made to the family of slain Bafana Bafana goalkeeper Senzo Meyiwa to ...
News
3 years ago

I mean, in addition to the fact that Kelly has shared her version of events (with police and publicly), and the fact that she’s personally had to mourn this man that she loved, there’s nothing more she’s mandated to do, really.

She’s moving on with life and trying to be a loving mother to her children. But somehow she’s expected to also play detective or always talk about a hurtful subject.

If your lover was shot dead in front of you, would you want to be constantly reminded and even blamed for it? Think about it, would you? No!

People just need to stop being childish. Yes, the story might have many holes; yes Kelly was dating a married man; yes, he died at her house… blah blah blah!

The fact remains, the onus is on the police to figure out what the hell happened and give Senzo’s family, friends, fans and Kelly the peace that comes with knowing who killed Senzo.

Redirect your anger, fam. From where I’m standing the police could use it more… you know, as motivation to do what your taxes pay them for!

WATCH | Kelly Khumalo’s powerful sermon on knowing your worth

Kelly has some words of wisdom for yáll.
TshisaLIVE
3 years ago

Four years and still no justice for Senzo

Here's a look at everything that went down in a year that Mzansi thought they would crack the case of Senzo Meyiwa's murder.
TshisaLIVE
3 years ago