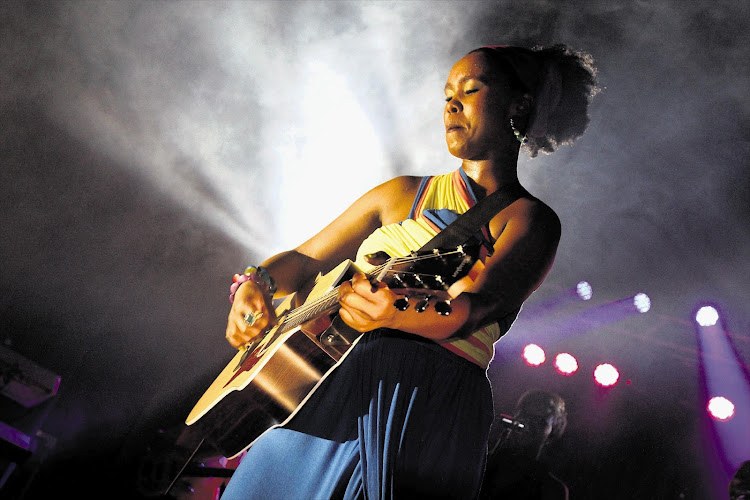 TS Records has hit back at Zahara's claims that the company owes her money for royalties, issuing a cease-and-desist letter to the star preventing her making "false and defamatory statements" about the company to the media on the matter.

Sowetan reported earlier this week that the singer had accused TS Records of underpaying her for performances, record sales and royalties. She later told Metro FM's Mo Flava that she would sometimes get "a mere R10,000".

TK Nciza, who owns the label with DJ Sbu, has denied the allegation. In a letter dated April 11, which is addressed to Zahara, the company's attorneys Rosengarten & Feinberg said they had noted Zahara's utterances on several media platforms and called on her to refrain from making any false or defamatory comments on the matter. They also disputed her claims.

A copy of the letter was posted by DJ Sbu on Instagram on Friday, along with several other statements from TS Records, Universal Music and Sheer Publishing - all claiming that they did not owe Zahara anything.

SWIPE LEFT! NB: TS Records was a music company owned by myself Sbusiso Leope and Mr Thembinkosi Nciza from 2001 - 2015. It is public knowledge that TS Records no longer trades, but our previous musical works, agreements, rights and/or contracts including works with Zahara, were/are still held under "TS Records" For any questions or queries please do not hesitate to contact our legal team. David Feinberg ROSENGARTEN & FEINBERG Tel: (011) 646 2190 Fax: (011) 646 1706 davidf@rf-law.co.za

"To the best of TS Records' knowledge, Zahara and the producer of [her] albums were paid and continue to receive all forms of royalties that are due to them," the label's statement read.

Zahara told TshisaLIVE on Friday that she had seen the letter on social media, but neither she nor her legal team had been served with the letter.

She said her lawyers were in the process of drawing up a request to TS Records for copies of all contracts involving her during her time at the label so that they could be reviewed by her team of lawyers and accountants.

Zahara said she was saddened by DJ Sbu's stance after she claimed he had offered his support to her. "I am alarmed at DJ Sbu because we have been talking for a long time about this issue. We have been speaking since 2014. He told me that I must speak to TK because he [Sbu] left the label in 2014. Now he is releasing such statements," she said.

The singer also took to social media to tell fans that she intends to leave the fight up to her lawyers and thanked them for their support.

Thank you to all of you for your support. Now i let go and let God....

WATCH | Zahara on her family fighting for her: I told them to keep quiet because I was scared

Zahara's 5 months of sobriety: I finished a bottle of wine by myself & knew I needed help

"I was able to get clarity and now I am sober since October. I haven't touched alcohol since and I don't miss it because I don't think it was a ...
TshisaLIVE
2 years ago

She must have a MASSIVE trophy cabinet.
TshisaLIVE
3 years ago