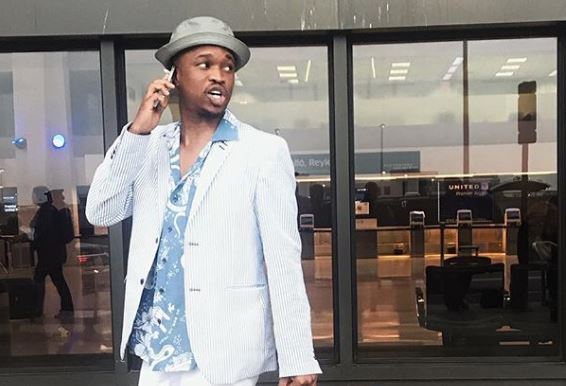 TV and radio personality Scoop Makhathini is still paying the price for a Twitter meltdown that not only saw him make headlines but also apparently resulted in him losing gigs overseas.

Scoop made headlines last week when a series of tweets from his account called out his girlfriend for chilling with another guy and claimed he was heartbroken. Social media users claimed that the star was in the middle of a "meltdown"

Scoop later claimed that his account had been hacked, and speaking on his YFM radio show recently he said the chaos took place while he was in studio with no signal.

One of his friends, who was in Barcelona at the time, alerted him to the situation. He said he thought he could deal with it until it started affecting his coins.

"I was sitting at home like 'Everything is going to be fine' and then the problem arises when I was supposed to sign two contracts this week, international contracts. I get a call and they are like 'Yo, man! We really don't know what is happening with your social media page because we really wanted to use that for the promo. So we definitely can't move on'".

Scoop said that he was hurt by the incident but said it forced him to be strong.

He also claimed on social media to have lost hundreds of followers after the hack.

"I think I had like 500k plus, now I'm down to 105k. To those folk, I love and appreciate you guys for sticking with me. Nyan' nyan'. A great display of your characters."

Meanwhile, his bae posted a series of messages on her social media reminding herself to not pay attention to the haters.

Scoop Makhathini starts a mentorship programme for boys in the arts

Calling all the youngins trying to make it on these creative streets!
TshisaLIVE
3 years ago

"Black folks after all these years are still looking for a white person to solidify the black's claims on racism and discrimination."
TshisaLIVE
3 years ago

Scoop Makhathini slams patriarchy: I am guilty of it too

Scoop has asked Africans to make the effort to learn about iconic African queens.
TshisaLIVE
3 years ago