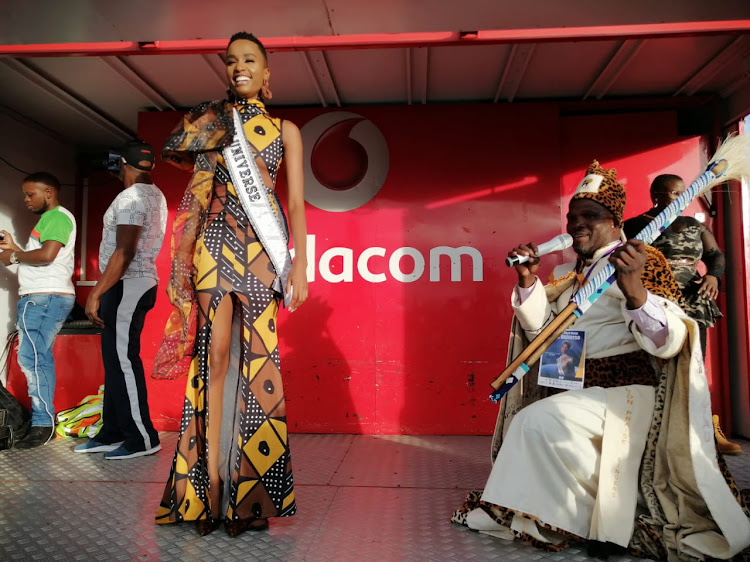 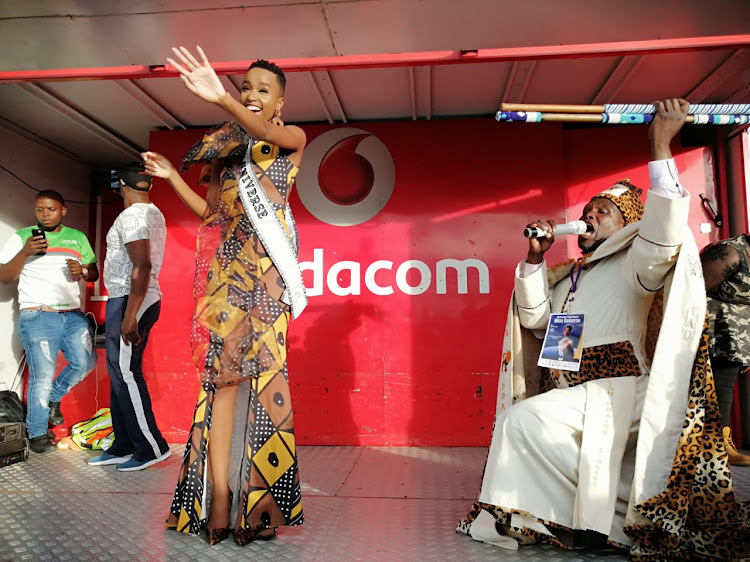 Hundreds of well-wishers roared with excitement as Miss Universe, Zozibini Tunzi touched down at the Mthatha Airport on Saturday afternoon.

While some screamed with delight at the sight of the 26-year-old beauty, others held back tears.

The airport was quiet for most of the day, but was soon transformed into a hive of activity about two hours before Tunzi's flight was expected to land.

Hugged by her proud parents, Lungisa Tunzi and Philiswa Nodophu-Tunzi, upon her arrival, Miss Universe  Tunzi  was presented with a grass mat, laid out at the entrance of one of the buildings for her to sit on.

She also received a grass tray (isithebe) and other traditional gifts.

Tunzi's 55-year-old aunt Nikelwa Relese, was among the many well-wishers that travelled from as far as Jeffries Bay to welcome Tunzi home.

“I was supposed to be at work but I just told myself that there is no way I will miss her homecoming,” said Relese.

Three-year-old Yamihle Mphikwa also  hopped on the many buses that transported hundreds of Sidwadweni villagers to the airport.

She told DispatchLIVE, before Tunzi's arrival, that she wanted to see an aeroplane with “sisi Zozibini” inside.

Reigning Miss OR Tambo, Hlumela Bekentla, 22, said Tunzi had redefined the concept of beauty and that much like her, she also dreams of wearing the Miss Universe crown.

They said they were proud of Tunzi's achievements.

“What she did helped promote our culture to the world. We want all children to follow in her example, “said Sinomusa's group leader Nomonde Kondlo.

Tunzi thanked everyone for their support and said she was happy to be home.

“I was happy when I landed in Johannesburg but you know it's not like being here at home, “she said.

She also told journalists that she had been busy in America with an itinerary full of media interviews and meet and greets.

After addressing people at the airport, Tunzi was transported to her home in Sidwadweni for more celebrations.