In his own write 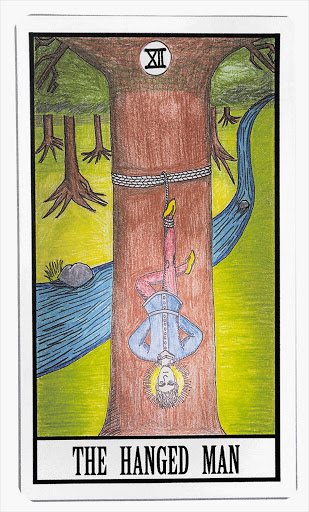 Up or down, yes or no? tellus@thetimes.co.za

Ten years ago, almost to the day, there was a scandal and as a result of that scandal I was fired from all the columns I was writing. "Scandal" is not the right word: it sounds more glamorous than it was, and suggests that I was more important.

I was accused of plagiarism, which is the act of using words that other people have written, or rather, using them without attribution, since on one level or another every writer makes use of the writing they have read. That sounds as though I am looking to sideways justify myself. I'm not. At the time I resisted the accusations - not publicly as much as in my own mind. I thought the accusations were exaggerated and misleading and if anyone had asked me I would probably have said so, but the fact of it is that I did use words without attribution and how I did it was wrong, and mentally resisting that was like being pulled under by a wave and struggling too furiously for the surface. The panic just burns whatever oxygen you have left.

Being the subject of several national papers' furious attentions is an odd exaggeration of your significance, especially when almost no one in the wider public knows who you are. Once I went to Ellis Park to watch the Springboks and one lone beered-up bookworm started yelling: "Look! It's Darrel Bristow-Bovey! The famous plagiarist!" His friends just looked puzzled. I felt a strange solidarity with him. In all the teeming wilds of Ellis Park, he and I were the only ones who knew what he was talking about.

I became interested in watching how other people handle public disgrace. A part of me wants to build a sort of wooden treehouse in the backyard where we can all meet to drink tea and talk about it. But then I think, "Ugh, imagine spending time with those creeps."

Because that is one of the ways in which you handle it: you are not like those other guys. Whatever's happening to them, they probably deserved it. You are different to them.

For some time I entertained a revenge fantasy involving another columnist.

I am driving in dead of night along a lonely road through a wheat field and my pale headlight beams reveal a familiar figure beside a flat-tyred car, waving me down with relief. I give him a head start into the corn rows while I fetch a spade from the boot of my car, because he is pale and pot-bellied and I know I'll catch him. I like the thought of him wheezing in terror through the husks and sheaves.

There are generally two ways to cope with the shock of falling through a scandal. One is to say: "They're all wrong, I'm right, and I'll fight until I'm vindicated." This turns you into a bore, if you weren't one before, and stalls you forever.

I didn't want to stay that person, and anyway I wasn't right, and not all of them were wrong.

The second is the American narrative of unconditional apology with the expectation of redemption. This is effective but it's dishonest.

No one ever feels unconditionally apologetic, and not to everyone. There is always some caveat, some itching to say, "But you know, it wasn't quite that way ." Unless you are spotlessly pure of heart or sociopathically strategic, some element of self-defeating pride, perhaps a refraction of the arrogance that hurt you in the first place, usually spoils the apology. Even if I could pull it off, I couldn't bring myself to do it. It's a matter of taste, but I find Oprah moments more shaming than the original crime.

For a time after it all happened, I was lost. I had no work. I wrote pieces under a pseudonym, but I stopped when I realised that was making me write badly. I spent a year unemployed until I met a good person who gave me a shot at writing something different. In time I became good at it. I was dazed for a long time, and when I stopped being dazed I started being fat. I drank too much and ate far too much. I lived with a woman I should not have lived with, and proposed to her when I should not have proposed. After she sensibly left me I found myself in London, a finalist in an international fiction competition with a very large cash prize. I thought: if I win, it's vindication. They will all be wrong, and she'll be wrong for leaving me. I didn't win.

These things may all have happened anyway. That is another narrative that tempts the fallen: the recitation of woes survived, with the subtext: behold my courage. I didn't have courage. Courage involves doing things for other people.

I don't think things happen for a reason, other than the prosaic reasons of cause and effect. Things just happen, and sometimes they don't. Still, it would be foolish to live through so large and rare a life experience as public disgrace without trying to grow from it. Whether my problems were caused by the disgrace or whether they were there anyway, they wouldn't have improved if I hadn't finally thought: some of what they said about me is true.

But - and this is the difficult part - not all of it.

Because you have to know when to stop listening. You can't believe them when they tell you that you're not a writer.

If you listen, then there will be nothing of you left and you will never write again. And if you can't write again, then what would have been the point of going through it?