Why dealing with sexism in geek communities is urgent 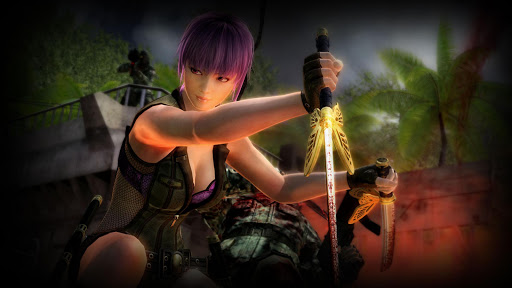 Ayane from Ninja Gaiden 3: Razor's Edge. "The sexiest ninja" according to the back of the box.
Image: Team Ninja / Tecmo

One of the things that keeps on coming up in discussions of sexism, is somebody going on about how they are so tired of seeing this discussion.

Ophelia Benson at Butterflies and Wheels highlighted a very interesting piece by Popehat, talking about feminism. This piece really summarised for me, why it is so important to talk about issues such as sexism in gaming.

"I’m asking why is it that if I write about racism, truly nutty and racist response are fairly rare, but if I talk about sexual harassment or sexism, I can count on being classified as a “white knight” or “mangina” or “pink shirt” or homosexual or something."

Let’s face it; sexism at the moment is worse than racism because we can at least talk about racism. It only takes two words to set off a flame war on a gaming forum: Anita Sarkeesian.

When it comes to sexism geeks have a serious problem just talking about it.

We have such a huge problem talking about it that the fact that women gamers are talking about it is seen as censorship. Think about how twisted the logic has to be, that so many arguments amount to some guy telling women to shut up – for the sake of free speech.

And gaming isn’t the only place where this happens. The atheist community was rocked by women in atheism calling for an end to sexual harassment at conventions not that long ago.

Atheist activism currently focuses heavily around breaking the taboo of “You can’t talk about that.”

This was the point to the out campaign, to people wearing t-shirts inviting debate etc…

Yet when it came to addressing real feminist concerns – talking about it was treated as some great taboo.

And the thing is when you can’t talk about it – that is the time when it becomes most urgent to talk about it.

We don’t want to think of ourselves as being unfair, as being sexist, as making the various things we care about toxic for other people.

We don’t like the idea that women who are into geeky things have to put it across as being a “geek in girl’s clothing”.  It is just not something that should have to come up, but it does.

We don’t want to examine what we have to say and hear it with other people’s ears, because deep down we worry that we are actually exactly as bad as described.

This is not something we can solve with silence, because all silence does about this sort of issue is sweep it under the carpet. We have to have this discussion on sexism because of all the reasons we ultimately don’t want to have it.