South Africa can be proud of these pupils 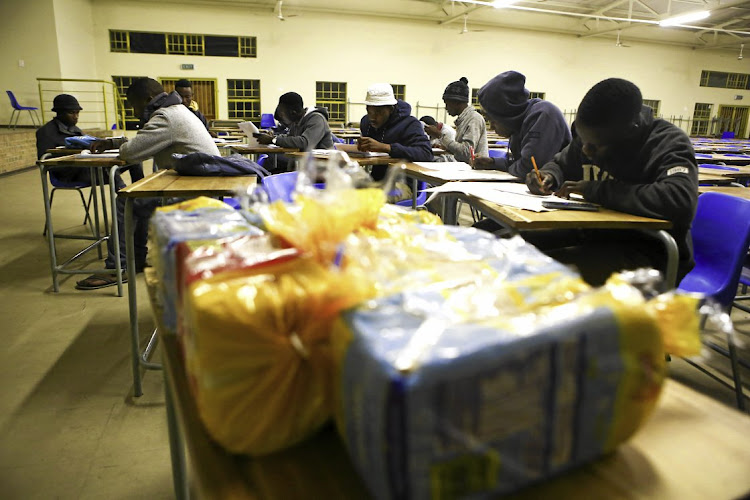 Moses Mnisi High School matric pupils at Acornhoek, in Mpumalanga, camped out at the school for weeks, washed in the toilet block and slept on the floor, all to get good results in their final exams.
Image: Phill Magakoe

A group of 150 schoolchildren started camping out at their school in August, vowing not to leave until matric final exams were over.

It was not easy. The matriculants of Moses Mnisi High School, in Acornhoek, Mpumalanga, slept on the floor and did not always have enough to eat. But they banded together, helping one another prepare for one of the most important exams of their lives. A Sunday Times report on their situation led to a donation of R200,000 of food, blankets and mattresses for the pupils.

This school has managed to create a culture in which children not only take pride in their own school work, but are proud to help one another. As a result, the Moses Mnisi High School has achieved a 100% pass rate for the past 12 years.

"This is a group of [pupils] that had a will to succeed against all odds," said one of the donors.

For the past 12 years an Mpumalanga high school has achieved a 100% pass rate after pupils put in some extra effort in overnight study camps a few ...
News
3 years ago

Last week, The Times reported that UCT had erected a huge tent on campus in which students can write their exams under police guard. It was to create stability during exams on a campus that has been beset by violent no-fee demonstrations.

Some complained on social media, with Seipati Tshabalala saying he refused to write his final exams "in a tent, with dogs patrolling me". But many readers, commenting on Facebook, had little sympathy for the moaners.

"I once wrote an exam on an empty stomach but that never hampered me," wrote Lenga Maluleke, while Sechaba Ndlovu said: "I used to prepare for exams using candles as lights."

Of course the fee-free protesters are right to argue that tertiary education needs to be more affordable and accessible for poor students. For the protesters, the price is high. But no success can be achieved without the right attitude, even with the right opportunities. Real dedication, hard work and determination, as those Acornhoek kids have shown us, are priceless.