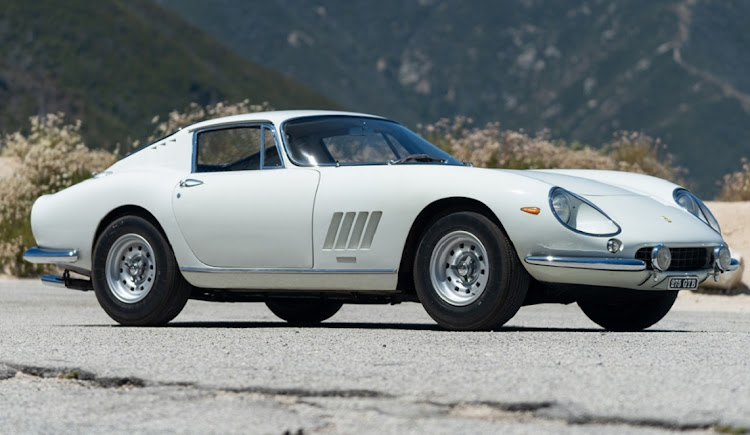 This Ferrari 275 GTB sold for nearly R54m, the highest price yet achieved in an online classic-car auction. Picture: SUPPLIED

It is claimed to be a world record price for a car sold on an online auction.

The 275 GTB coupe long nose, with coach work by Scaglietti, was only one of 40 units that was factory-equipped with an improved torque tube driveshaft and the optional high-performance six-carburetor (6C) intake, which were clearly desirable features for its unnamed new owner to lay out such a hefty sum.

Classic Ferraris with good provenance are in high demand and cars from the Italian stable fetched four of the five top prices at the Gooding & Co online auction held from August 3-7.

Bloomberg reports that Ferraris also achieved six of the top 10 prices in RM Sotheby’s “Driving into Summer” online sale in May, including a 2003 Ferrari Enzo that sold for $2.64m (R46.2m) which was the previous record price for an online classic-car sale.

In July a 1965 Ford Mustang Shelby GT350 “R-Model” prototype set the overall world record for a car auction by fetching $3.85m (R67.3m) at the Mecum Auction in Indianapolis, US — a live auction attended by bidders.

It was the second time this year that a Mustang had sold for more than $3m after the famous 1968 Mustang GT that Steve McQueen drove in the movie Bullitt was sold by Mecum Auctions for $3.74m (R65.4m) in Florida, US in January. 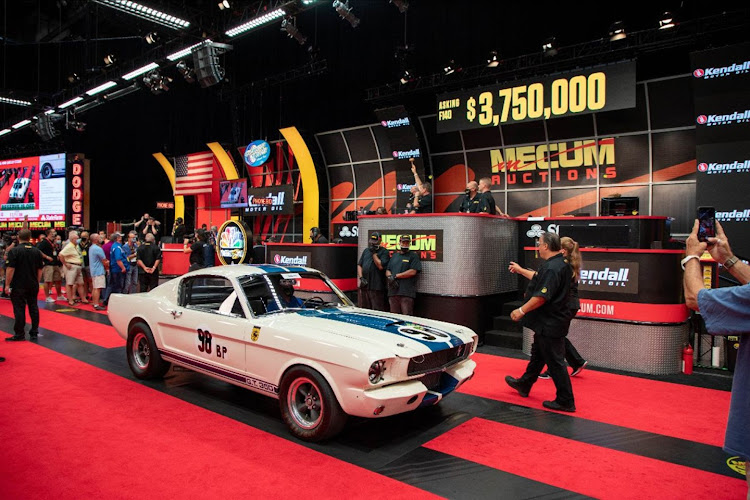 Last month’s Indianapolis Mecum auction was Ford dominated with a number of Mustangs and Cobras selling for more than R15m apiece, but there were also Ferraris that fetched high prices including a 1965 Ferrari 275 GTS that was knocked down for $1.43m (R25m).

Mecum reported that it was its most successful Indianapolis auction in 33 years, with 78% of the l,800 vehicles sold, showing a pent-up demand for high-value classic cars in spite of an economy-ravaging lockdown due to the Covid-19 pandemic.

More than $70m (R1.2bn) worth of classic and collectable cars have been sold online by the world’s top auction houses since the start of the pandemic, says Bloomberg.

While Ferraris and muscle Fords are achieving high prices, the Porsche bubble seems to have popped after classic 911s scaled big heights over the past years.

David Gooding, CEO of Gooding & Co, told Bloomberg that a Mercedes-Benz 300SL Gullwing which failed to sell at the most recent auction was a particular disappointment, but acknowledged that certain cars sell better online.

Mercedes 300SLs generally serve as “gold standard” indicators about the health of the collector car market, Gooding said, but those that are less than immaculate don’t present as well online as when buyers get a chance to kick the tyres.

“All things being equal, newer and better-known cars fare better in online sales than older cars. That Gullwing is an unrestored car, so it really takes a special person [to own one].

“Pandemic online sales are still a new world. There is still a lot of unknown. The market is good and strong, but you can’t just be totally bullish about everything.”

In SA the highest price reportedly achieved by on auction was R8m for a Mercedes-Benz 540K about 10 years ago, according to classic-car aficionado Stuart Johnston.

He says that locally there isn’t as much of a culture as overseas for classic cars to sell on auction. Outside of auctions, collectable cars have changed hands for as much as R30m, he adds.

Sales are slow in that segment and prices have decreased for certain cars, indicating it may be a buyer's market.

“The lockdown has exacerbated a trend that’s seen the value of cars like Porsche 911s and Pagoda Mercedes take a pounding in the past year,” he says.

The Shelby GT350 is the second classic Mustang this year to fetch more than $3m.
Motoring
1 year ago