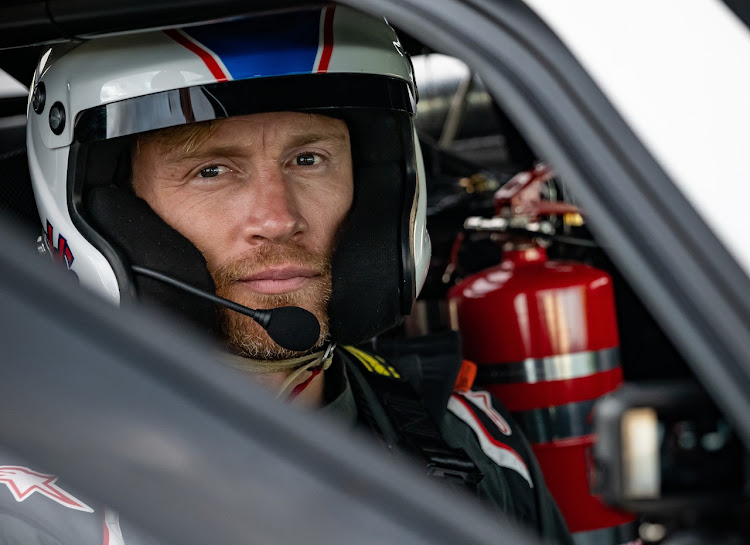 Freddie Flintoff, Chris Harris and Paddy McGuinness are back behind the wheel, going abroad for the first time in 18 months and getting more competitive than ever in an all-new series of Top Gear.

There’s motoring mayhem of every flavour, as the team battle a trio of F1 drivers in a Silverstone shoot-out, celebrate legendary rider Eddie Kidd OBE with a motorbike stunt spectacular and test the newest, fastest supercars on sale.

We caught up with Freddie Flintoff for a quick chat.

Q: What was it like driving on the track at Silverstone during the F1 weekend?

A: It was fantastic. But it was nerve-racking. We were racing against Sebastian Vettel, a former world champion, and you’re obviously never going to get near him. You don’t want to embarrass yourself in front of F1 drivers on telly in front of a big crowd. I’ve never driven Silverstone before. You don’t know how fast you’re going because it’s so wide and everything is flat on the corners. It’s really difficult.

Q: Has it changed your view of F1?

A: Yes. I wasn’t that into F1 before, but now I have a newfound appreciation for it. I found myself watching it at the weekend, which I’ve never done before. Because we have met Lando Norris, who is a very nice lad, we’re rooting for him.

Q: Is there a highlight for you this series?

Q: Tell us about the film where you take the test for your racing licence.

A: I had an inkling I’d driven alright in the test. But I didn’t know if I was getting on the examiner’s nerves. I told him beforehand that I was going to commentate as I drove because that’s how I concentrate. But I was worried he might think I was an idiot. In the end, the test went well, which was a relief because I didn’t pass my driving test till the third attempt!

Q: How did you find the chilli-eating challenge?

A: It was awful! I’ve toured the subcontinent so many times as a cricketer. Every time you come home after that, your tolerance seems a bit higher, but I was completely out of my depth here.

Q: Were you annoyed not being able to make the trip to Iceland because your colleague Jamie Redknapp had been in contact with someone with Covid?

A: Yes. The other two really needed me for the challenges in Iceland, but I wasn’t there. I sat at home in my basement cursing Jamie Redknapp for making me isolate. In the end, he didn’t even have Covid!

Q: There is a great rapport between the three of you, isn’t there?

A: Yes, and it’s getting better and better. We have a great laugh off camera, but more and more, we’re doing that in front of the camera as well. It’s not like the producers are saying, “laugh now.” It’s just there automatically. People talk about our chemistry, but it’s not something we ever mention. If you think about it, you’re not doing it. If you have to tell everyone the chemistry is good, it’s obviously not. It’s nice when people tell you it’s there, but it’s not something we really think about. We are just having a great laugh doing what we do!

The past 12 months haven’t been easy for most SA citizens and enterprises. We caught up with the head of tyre manufacturer Bridgestone, about its ...
Motoring
5 months ago

In 1994 BMW Group South Africa had just three vehicles in its line-up. If you want to get technical, you could also cite the E31 8-Series, of which a ...
Motoring
6 months ago

In their fourth series at the wheel of 'Top Gear', Freddie Flintoff, Chris Harris and Paddy McGuinness hit local screens this month.
Motoring
9 months ago