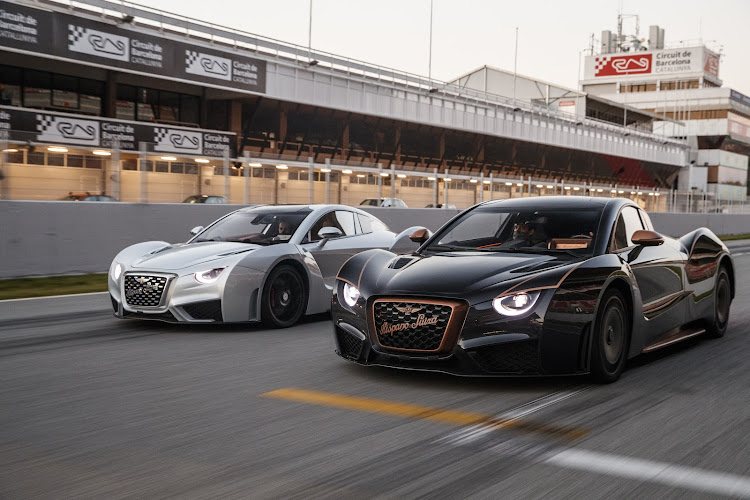 In 2019 automaker Hispano Suiza announced a revival spearheaded by two electric hypercars, the Carmen and Carmen Boulogne. Both wield power outputs in excess of 746kW and certainly look as extroverted as high-performance exotic machines ought to.

The Spanish-Swiss manufacturer is not especially well-known in mainstream terms — you are not, for example, going to hear Hispano Suiza mentioned in the same breath as Ferrari or McLaren today.

But it is a brand steeped in pedigree, with an association to royalty, motorsport achievements and even aviation expertise. Boost your mental automotive archives with these 10 essential details about the exclusive high-end marque.

More than a century behind the name

Hispano Suiza was founded on June 14 1904 by Damián Mateu together with Francisco Seix and Swiss engineer Marc Birkigt, who had worked for two companies which had preceded Hispano Suiza: La Cuadra and J. Castro.

Birkigt's experience in the industry was key in laying the foundations for Hispano Suiza. In 1905, Hispano Suiza created their first vehicle, the Armored Type Birkigt System, which was equipped with a four-cylinder engine, which reached a top speed of 87km/h.

It was followed, a year later, by what would be the first car with a six-cylinder engine built in Spain, a model delivering 56kW of power that completed the Perpignan-to-Paris route in 22 hours, a feat which received great media attention at the time. In 2000, Hispano Suiza produced a two-seater luxury supercar prototype, the HS21, which was launched in Geneva that same year. In 2001 and 2002 the K8 and HS21-GTS models were presented, both evolutions of the previous one.

During World War 1, Hispano Suiza went from producing cars to manufacturing aircraft engines. Birkigt built an aircraft engine that was based on a racing car engine, with a V8 layout and aluminium alloy blocks to reduce weight.

Demand was strong — so strong that they had to sell licences to other manufacturers in France, the UK, the US, Italy, Japan and Russia. In total, more than 50,000 Hispano Suiza engines were built.

The aviation engines also found their place at sea. The most spectacular engine, a V12 delivering 969kW, was mounted on a series of racing boats, including the Aurora, built in 1935. Birkigt collaborated in the assembly of this boat, which was auctioned a few years ago for a figure close to a million euros (R17.7m).

King Alfonso XIII played an important role in the early days of Hispano Suiza. The monarch was a car enthusiast, who fell in love with the 20CV Hispano Suiza that he drove in 1905. In 1910 he became a shareholder, purchasing 8% of the company shares.

King Alfonso XIII also had a car named in his honour, a two-seater sports car, with a 3,619cc four-cylinder engine, delivering 45kW, with a top speed of 120km/h. It was the Hispano Suiza T45, better known as Hispano Suiza Alfonso XIII. 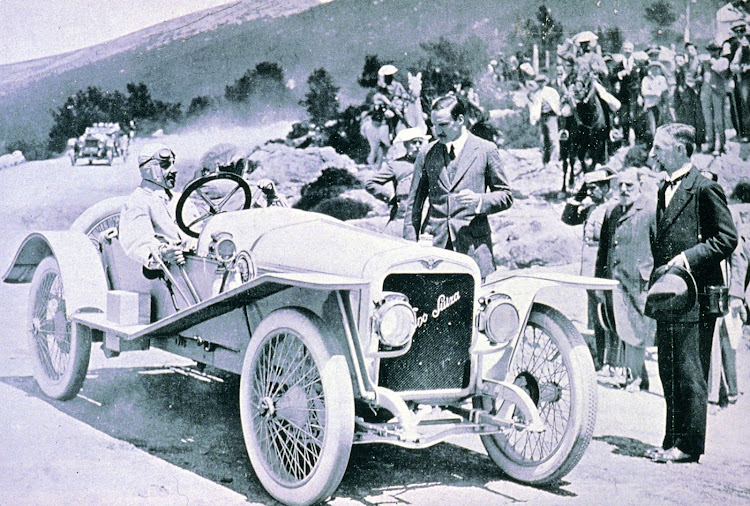 Hispano Suiza is part of the Peralada Group, a company with varied interests through its global portfolio of casinos, restaurants, hotels, golf courses, vineyards, music festivals and marinas. 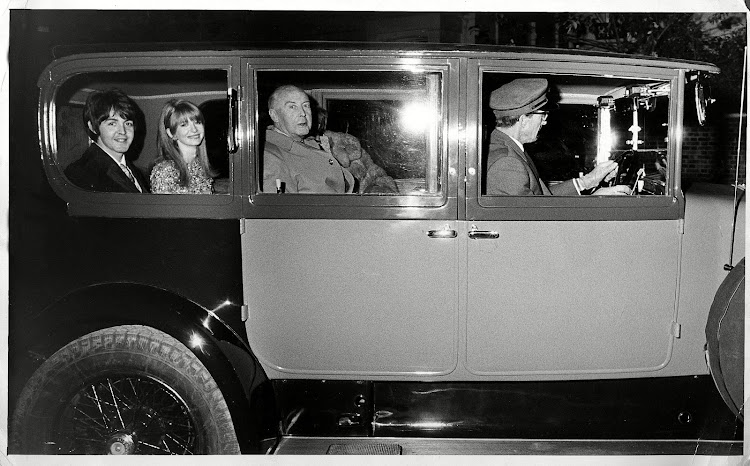 The Hispano Suiza 30-40 HP was an important model in the history of the brand, developed by Birkigt as a replacement for the 20-30 HP. Of all those produced, a very special unit was custom-built for the Marquis of Zayas and bodied by Francisco Capella.

This model used noble woods and materials such as ivory and silver. The steering wheel was positioned to the right, as it was customary then, and featured mahogany details, ivory handles, bevelled glass, automatic blinds, fine cushioned upholstered seats, a perfume diffuser, vases and numerous details that underlined the elegance and exclusivity of the car.

The model, after all cars once belonging to the Marquis of Zayas were auctioned, was acquired by the Spanish Home Office which declared it an Asset of Cultural Interest in 1988, being the first car to achieve this status, which is normally granted to monuments and works of art. The vehicle was then displayed in the Museum of Automotive History located in Salamanca (Spain). 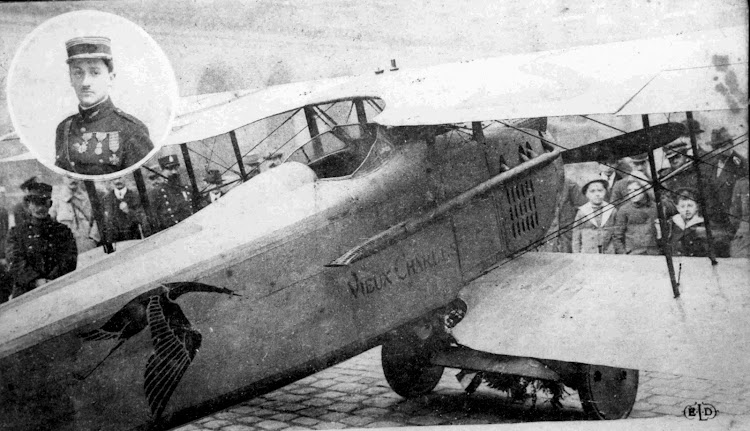 Georges Guynemer and his fighter plane, with the stork emblem that the brand adopted.
Image: Newspress USA

Hispano Suiza's emblem, the stork, is a nod to the company's heritage as a manufacturer of aircraft engines.

The brand decided to feature it in all its models to pay tribute to Georges Guynemer, a French fighter ace, who had a stork painted on the fuselage of its fighter jet during World War 1, powered by an Hispano Suiza engine.

Why was their latest creation named Carmen?

Carmen is the name that Hispano Suiza has given to the vehicle with which it made its comeback to the world of automotive manufacturing.

“She always told me that she wanted to see Hispano Suiza roaring on the streets again, and I am sure that she would be very proud of it, the signature on the back of the vehicle is her original signature.“The Boulogne, which is used for the more powerful version of Carmen, is not a coincidence either. It is a tribute to the victories achieved by the Hispano Suiza H6 Coupé in the Georges Boillot Cup, held in the French town of Boulogne-sur-Mer a century ago. 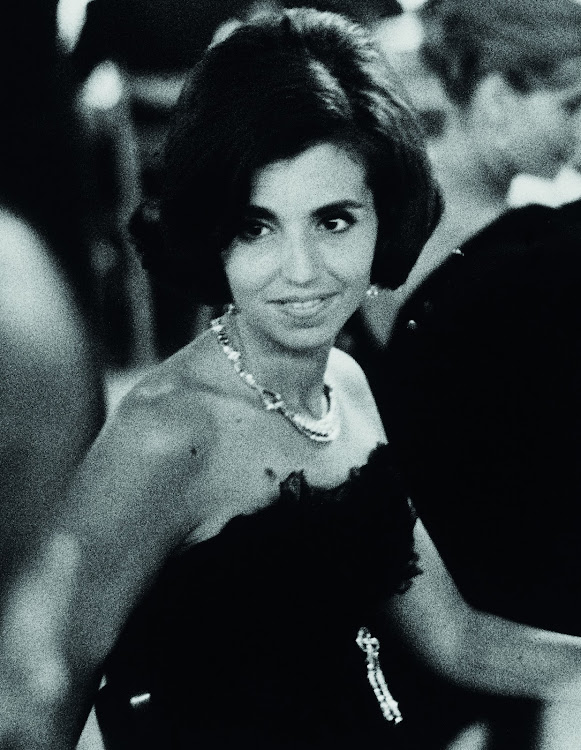 The Hispano Suiza Carmen and Carmen Boulogne have been developed on the racing circuits. For the creation of the model, Hispano Suiza had the backing of QEV Technologies, a motorsport company that built the first car that went on to win the drivers' title in the Formula E championship. Its 760kW of power — 831kW in the Boulogne version — and its less than three seconds of acceleration from 0-to-100km/h, make it one of the most powerful and fastest road cars in the world. 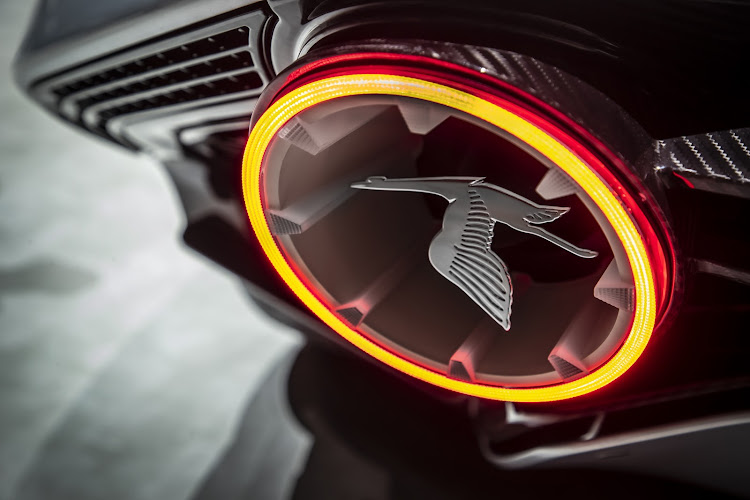 After completing the design and manufacturing process for the Carmen, Hispano Suiza handed over the steering wheel to a former Formula 1 driver: Luis Pérez-Sala.

Pérez-Sala has been in charge of developing the model on the track and on the road since the Hispano Suiza comeback was announced, and has worked to ensure that the select group of owners of the new Hispano Suiza feel like racing drivers.

In addition to Pérez Sala, Pablo Suárez, an experienced rally and rallycross driver with training as a motorsport engineer, also participated in the development process, bearing witness to the creation of an authentic work of art on wheels.

According to the company, there are as many as 1,904 possible customisation options available for the Carmen. They assure that no two units will be alike. From interior materials to exterior elements, there is scope for a completely bespoke expression. Colours have been chosen and named in a tribute to the history of the brand: Peralada Green, Swiss Red, Xenia Gray, Birkigt White or Begur Blue, among others.

Electric supercars need to lose weight, power up and cool down

Speed has always been paramount for supercar makers, and now they're in the race of their lives to go electric before climate policy cuts their ...
Motoring
3 months ago

How McLaren aims to shape supercars in the electric era

There's nothing quite like the roar of a revving McLaren engine to set a petrolhead's pulse pounding, or the full-throated scream as it tears across ...
Motoring
11 months ago