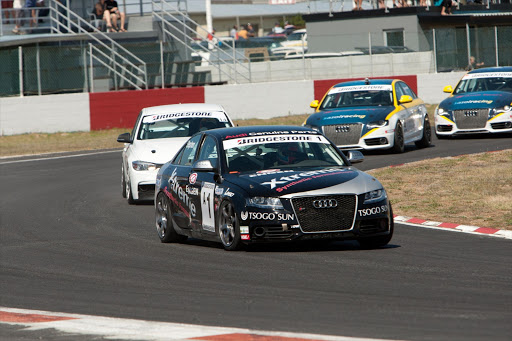 The high performance Engine Extreme Racing Team as well as other Audi Sasol race cars will battle for the title position. In addition, Sasol Turbofuels Plus and Sasol Techno Oil enhance racing performance will be demonstrated on the day.

This year’s event will also include an exhibition of solar powered vehicles designed and created by university teams participating in the 2014 Sasol Solar Challenge. We will remember that the University of Johannesburg recently launched their replica solar vehicle earlier this month.

Sasol has been involved in motorsport since 1962 and is considered one of the pioneers in the development of racing fuels.

Michael Stephen (A1) has won multiple titles in the Bridgestone Production Car Championship and is currently defending his 2013 title. Stephen currently holds second place overall in the series and is working on closing the gap to the leader in the last three rounds of the season.

His teammate Simon Moss (A38) is contesting his first season in the series, with the second half of the season being his chance to stop learning track layout and rather concentrate on competition and fighting for track position.

Tickets available at the gate on the day: R80 Adults, R60 student and children under 12 free. Racing starts at10h00.