'I'd rather crash than finish second' - Brad Binder 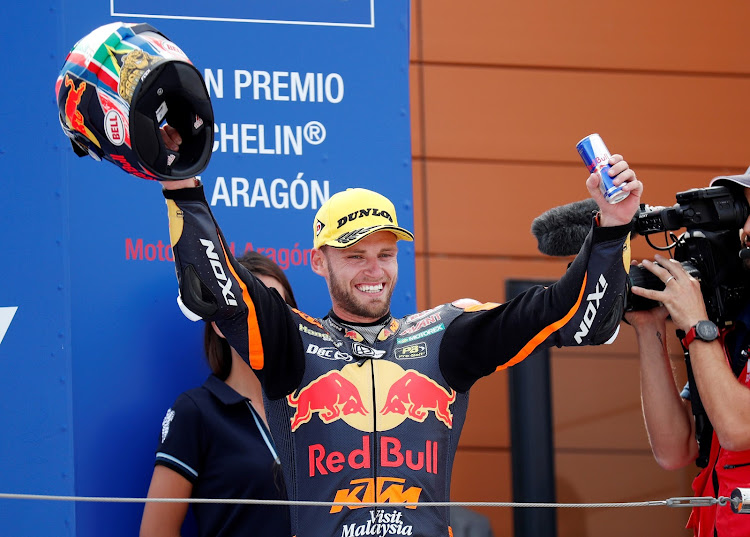 Brad Binder will start his MotoGP career when the 2020 season opens in Qatar on March 8.
Image: Reuters

After three seasons in the intermediate Moto2 category with KTM, the Potchefstroom-born rider is moving up to the premier MotoGP class next year with the Red Bull KTM works team, where he will race against superstars like multiple champions Marc Marquez and Valentino Rossi.

It’s the culmination of a long-held dream for a 24-year-old who started racing bikes when he was just 10. We caught up with Brad who is in SA on a break between racing seasons.

Q: You ended this year’s Moto2 championship beaten to the title by Alex Marquez by just three points. When you were struggling earlier in the season did you ever see yourself challenging for the title?

A: Absolutely not. I didn’t think even finishing in the top 15 was possible after the first few races. We had a lot of bike issues at the beginning, with no rear grip and a lot of wheel chatter on the entry into corners. But by the end of the year we solved them all; unfortunately it took us a while to figure out.

Q: What were your worst and best moments of the season?

A: The worst was dealing with things that weren’t in my control, for instance my race in Japan where my pace was good but a tyre issue made me finish 12th.

The best was probably my first win of the season on August 11 in Austria, which is KTM’s home country, and at the Red Bull Ring which is the home circuit of my sponsors. It was also my birthday.

Q: What does it mean to you to be moving up to MotoGP?

A: It will be amazing, a dream come true. But now the real work starts, buckling down and learning to ride MotoGP. This is a grid full of legends and I’ll be racing against people I’ve looked up to my whole life.

Q: Does being in KTM’s factory team instead of the satellite KTM Tech 3 team put you under more pressure?

A: Not from a racing point of view, because on the track you just go out and do your best. But being on the factory bike you definitely have more things to test. You have to give good feedback and steer the development, so there’s some pressure from that point of view.

Q: What are your expectations for your first year of MotoGP?

A: I’m trying to go in without any. If you think about things too much, for example being in the top 10, and you don’t make it, it stresses you out and makes you do your job worse. I’d just rather do my best and see what happens.

Q: Apart from the power, what’s the difference between a Moto2 and MotoGP bike? Do you need to adjust your riding style?

A: The tyres are completely different, and the MotoGP bikes stop better because of their carbon brakes. There’s so much electronics, and on the Moto2 bike you hardly have any. MotoGP bikes have traction control so you don’t need to roll on the throttle, but because they’re heavier and have one extra cylinder it’s also more difficult to get the bike off centre and into the corners.

Q: Tell me about your recent MotoGP test on your new KTM in Valencia and Jerez.

A: They were really hard [In both cases Brad finished near the back of the grid over two seconds off the leader’s pace]. I tried to ride Moto2 style which didn’t work at all. I have to forget how I ride Moto2 and need time to do a lot of laps on the MotoGP bike. I’ll get the chance in a six-day preseason test in Sepang (Malaysia) and a three-day test in Qatar, but in Sepang it will probably rain for half that time so it won’t be as much testing time as it sounds.

Q: Why did you choose the number 33 for MotoGP?

A: I've always been number 41 but in MotoGP that's been taken (by Aleix Espargaro) so I chose 33 because it looks more like my initials, BB, and the number will be styled to look like that.

Q: You seem to have big match temperament, going for the win rather than settling for a safer second or third in your races. Is that your mindset?

A: I think I’m probably willing to take more risks than some riders. I don’t enjoy coming second. I’d rather crash than come second.

Q: Tell me about your schedule? Where are you based in Europe and how much time do you spend in SA?

A: In the racing season it’s a hectic schedule. Most of the year I live with my girlfriend and my brother Darryn [who races in the Moto3 class] in Spain. If I’m lucky I get to spend a month and a half in SA each year.

Q: When you’re not racing, tell me about a typical day in the life of Brad. Do you do a lot of fitness training?

A: I do a lot of cycling and gym in between chilling. A lot of people don’t realise how fit you have to be to race bikes. My heart rate is above 180 for the whole race and it’s hard on the body. After the race you are absolutely destroyed! I also like riding motocross bikes in my spare time.

Q: Any other hobbies besides two wheels?

I tried my hand at golf but I’m terrible at it. I’m bad with hobbies; I go through 100 of them a year but give them up quickly.

Q: What about fame: do more people recognise you since you became world champion in 2016?

A: Yes they do. This probably makes me sound like a dick, but it’s super cool to see how much support I really have, and wherever I go I meet people who recognise me.

Q: When is your book coming out?

A: Not anytime soon (laughs). A picture book is more my style. 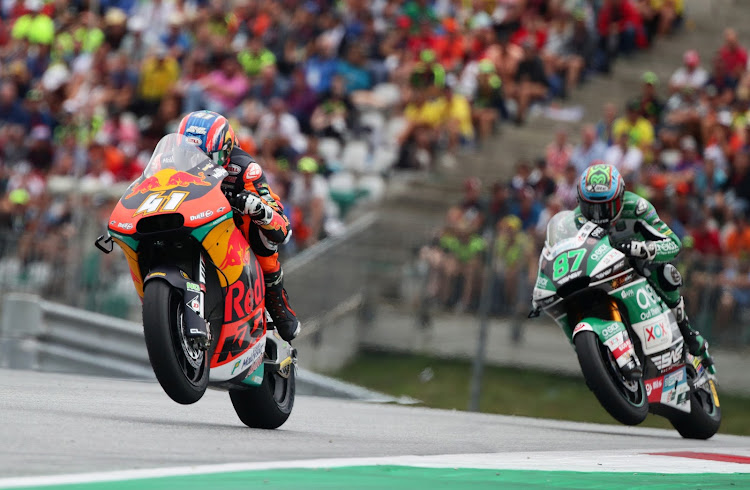