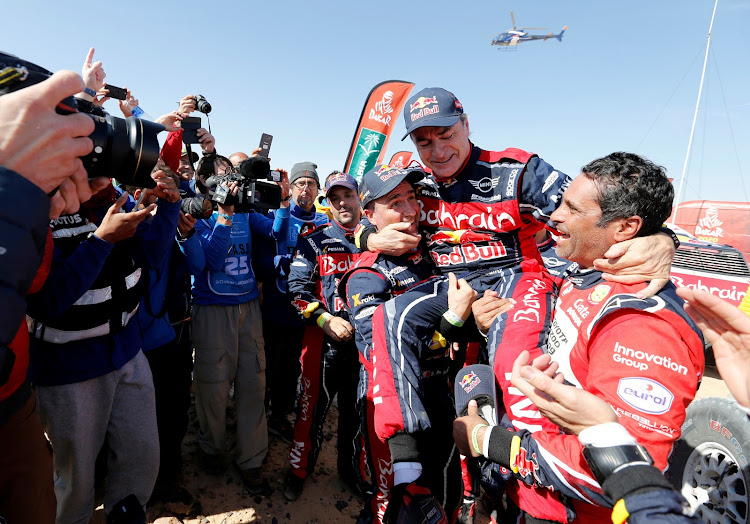 Both are the first winners in Saudi Arabia, a country making its debut as host of the gruelling endurance event, but have to reach the formal finish in Qiddiya before the results are official.

Brabec is the first American to win the Dakar in any category since it started as a race from Paris through the Sahara desert to the Senegalese capital in west Africa in 1979.

SA's Kirsten Landman claimed 55th in the bike category to become the first African woman to finish the gruelling race on two wheels.

Two times world rally champion Sainz, whose son and namesake races in Formula One for McLaren, ended the final timed stage with a six minute and 21 seconds advantage over Qatar's defending champion, Nasser Al Attiyah, in a SA-built Toyota Hilux.

His three victories have been with different car manufacturers, the first coming with Volkswagen and the second in a Peugeot.

Triple champion Al Attiyah won the final stage to finish as overall runner-up for Toyota with Frenchman Stephane Peterhansel, a 13 times winner on two and four wheels, completing the top three in his 31st Dakar.

After a heroic comeback from a life-threatening crash, the SA rider is one stage away from her dream to finish the world's toughest off-road race
Motoring
2 years ago