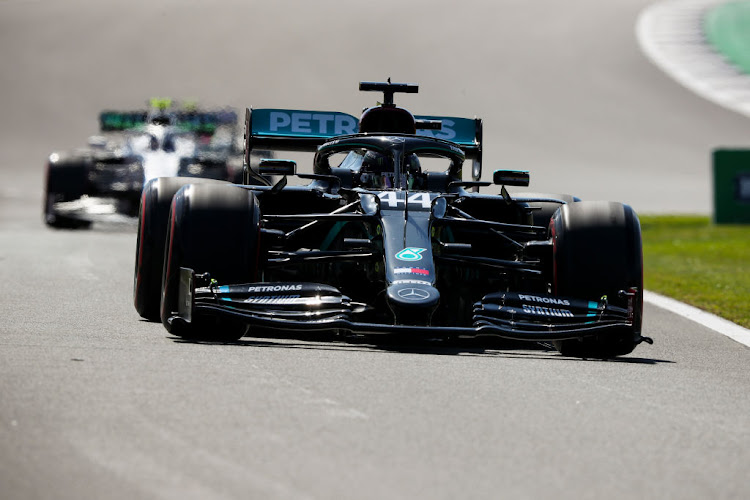 The 35-year-old, who is chasing a record seventh win at Silverstone on Sunday, was joined on the front row by Finnish team mate Valtteri Bottas with Red Bull's Max Verstappen qualifying third.

The pole was the 91st of Hamilton's career and seventh at Silverstone.

Formula One teams may need to keep drivers within protective 'bubbles' all season after Sergio Perez contracted Covid-19 following a trip home to ...
Motoring
9 months ago

Hulkenberg back in F1 after Perez fails Covid-19 test

Germany's Nico Hulkenberg will replace Racing Point driver Sergio Perez at this weekend's British Formula One Grand Prix after the Mexican was ruled ...
Motoring
9 months ago

Grosjean and Hamilton clear the air over antiracism protests

Romain Grosjean and Lewis Hamilton said on Thursday they had buried the hatchet after the six-time F1 champion accused the Haas driver of wanting to ...
Motoring
9 months ago
Next Article