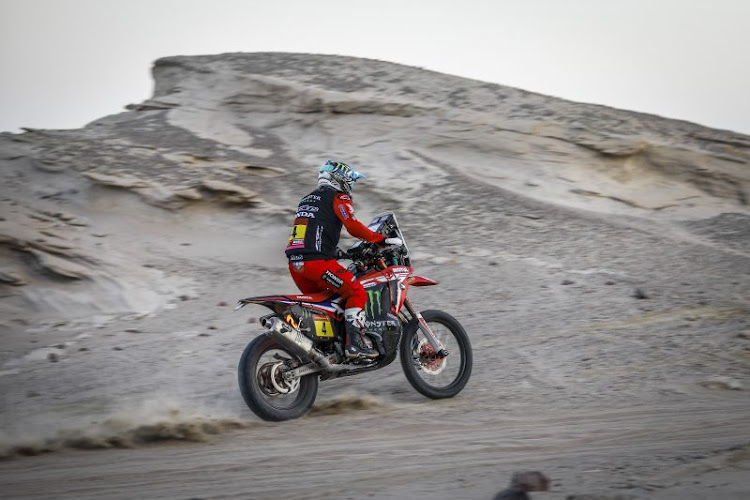 Overnight motorcycle leader Jose Ignacio Cornejo retired from the Dakar Rally on Wednesday, with the battle for victory now looking like a straight fight between defending champion Ricky Brabec and Argentine Kevin Benavides with two stages to go.

Cornejo crashed at the 252km mark of the 342km 10th stage of the event in Saudi Arabia but managed to finish before having to withdraw, after a medical examination, due to the risk of concussion.

The Chilean had been 11 minutes ahead at the start of the day.

Brabec won the stage from Neom to Al-Ula, the US rider now 51 seconds behind Honda team mate Benavides, with Britain's Sam Sunderland third on a KTM but 10 minutes and 36 seconds off the lead.

Overall leader Stephane Peterhansel finally won a stage in the 2021 Dakar Rally on Tuesday to leave his closest rival Nasser Al-Attiyah trailing in ...
Motoring
2 months ago

Qatar's Nasser Al-Attiyah won the eighth stage of the Dakar Rally in Saudi Arabia on Monday to claw back more than three minutes from leader Stephane ...
Motoring
2 months ago
Next Article