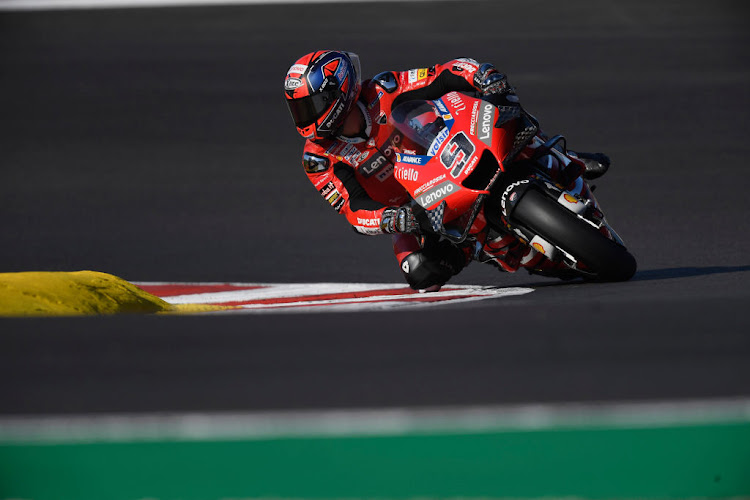 Danilo Petrucci of Italy and Ducati rounds the bend during qualifying for the MotoGP of Portugal at Algarve Motor Park on November 21 2020 in Portimao, Portugal.
Image: Mirco Lazzari gp/Getty Images

Italian manufacturer Ducati announced on Wednesday its continuation in MotoGP until at least the end of the 2026 season.

Ducati won the top category with Australian Casey Stoner in 2007, ending a 32-year Japanese manufacturer domination of the sport.

The factory Ducati team has a new line-up for 2021 with Australian Jack Miller and Italian Francesco Bagnaia.

“Racing has always been a truly fundamental part of the Ducati brand and will remain so in the future,” said Ducati CEO Claudio Domenicali in a statement.

“This renewed agreement confirms that, while we plan to continue to expand our product range outside the world of sports bikes, the track and high-performance motorbikes remain a central element for Ducati.”

Women are poised to return to the Indianapolis 500 starting grid this year with a female-led ownership group and driver that could herald a new era ...
Motoring
2 months ago

Israeli driver Roy Nissany will have a day of pre-season testing and take part in three Friday practice sessions for Williams this season, the ...
Motoring
2 months ago

Among the teams dashing around the dunes in their cars at the Dakar Rally in Saudi Arabia this month, there were two whose presence would have been ...
Motoring
2 months ago
Next Article