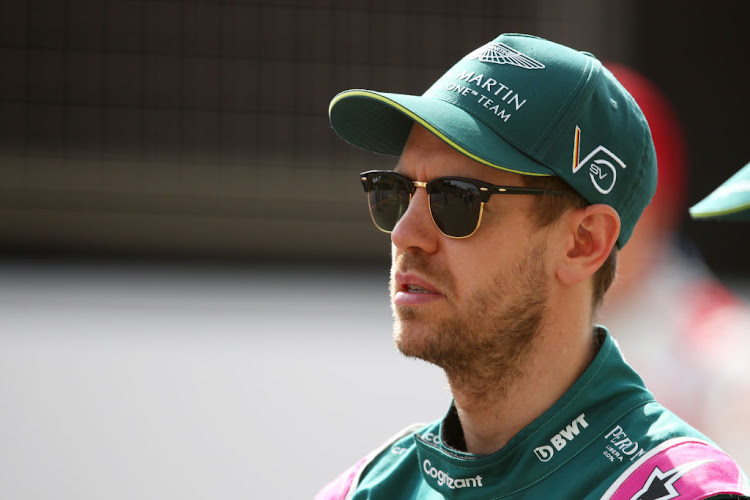 Sebastian Vettel looks on from the grid during day one of F1 testing at Bahrain International Circuit on March 12 2021.
Image: Joe Portlock/Getty Images

Sebastian Vettel will want to show he still has the speed and spirit of a four-times world champion as he makes a fresh start with Aston Martin this season, but the German already has some catching up to do.

Through no fault of his own, the 33-year-old ended Formula One's preseason testing in Bahrain with less mileage than any of his rivals and with the first race looming at the same Sakhir circuit on March 28.

Such a situation would have alarmed him back in the day when he won four successive titles with Red Bull but Vettel, winner of 53 races, is older and wiser now.

“Probably 10 years ago I would finally panic now,” Vettel told reporters. “But then again, if I were to panic now would it help? Probably not. We are just trying to do our things and use the time now we have. We still got some running, And for me it was super, super useful.

“It could be better, but it could be worse. So I think it's about remaining calm, doing one thing at a time and moving forward when it's time to.”

Vettel arrives at the Mercedes-powered, Silverstone-based team after six years at Ferrari, the last two spent uncomfortably alongside rising star Charles Leclerc, and with a new role.

Glaring mistakes at Ferrari raised questions about whether he was a spent force but Aston Martin, the former Racing Point team who won in Bahrain last year with now-departed Mexican Sergio Perez, are sure Vettel still has plenty in the tank.

They value his feedback and see him as key to helping the progress of Canadian teammate Lance Stroll, son of Aston Martin owner Lawrence.

“I think we're going to get the best out of Seb, I really do,” said technical director Andrew Green at the team's car and livery launch.

Vettel did only 10 laps on day two of testing, a total of 54km, as a result of a gearbox problem and then had a loss of boost pressure on the Sunday that forced an early finish and left plenty of boxes still to tick.

Over three days he managed 117 laps, fewer than half the total of AlphaTauri's Pierre Gasly (237).

The German told reporters that doing laps was more important than the times, that he was around 100 short of where he wanted to be and expected the opening races to be a steep learning curve.

“The car feels very promising but there’s still a lot that I need to get used to,” said Vettel. “It’s a new environment, new people and a new way of doing things. I need to adapt and learn so that will take some time. The more time you get, the better it is.

Marc Marquez lapped Barcelona's Circuit de Catalunya on a production motorcycle on Tuesday as the six-times MotoGP champion sped up his push to ...
Motoring
1 year ago

The letters MSC on a Formula One timing screen once charted the dominance of seven-time world champion Michael Schumacher but this season they denote ...
Motoring
1 year ago