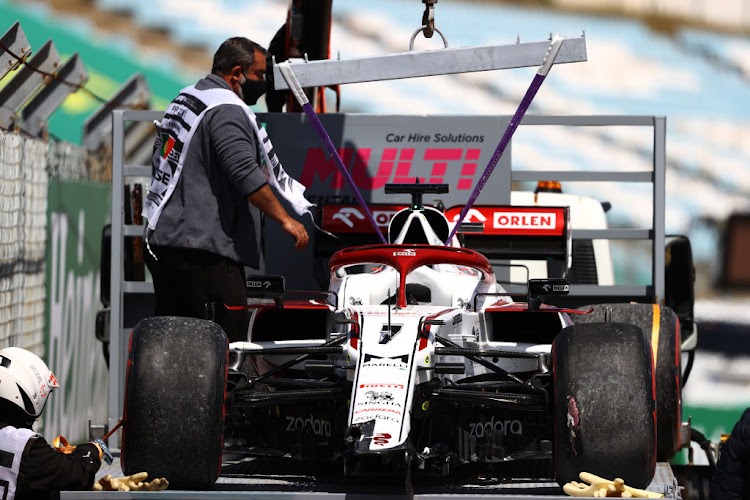 The car of Kimi Raikkonen of Finland and Alfa Romeo Racing on a tow truck after stopping in the gravel with a broken front wing during the F1 Grand Prix of Portugal at Autodromo Internacional Do Algarve on May 2 2021 in Portimao.
Image: Bryn Lennon/Getty Images

Kimi Räikkönen blamed himself on Sunday for a first lap collision with Alfa Romeo team mate Antonio Giovinazzi at the Portuguese Grand Prix.

The Finn was the only retirement of the race after running into the Italian.

"I was checking something on the steering wheel, changing a switch," the 2007 world champion told Sky Sports television.

"I got it wrong out of the last corner and had to change it (the switch) on the straight again and just drove into him, so really my mistake."

Giovinazzi was able to continue and finished 12th.

"For Kimi it was game over but Antonio no problem."

Mercedes expect to start contract talks soon with Lewis Hamilton after the seven-time Formula One world champion indicated he intends to race on next ...
Motoring
2 weeks ago
Next Article