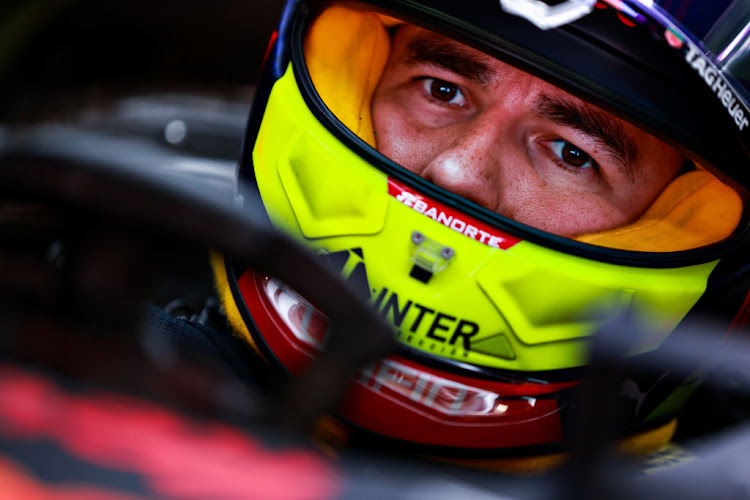 Sergio Perez of Mexico and Red Bull Racing has a seat fitting in the garage during previews before the F1 Grand Prix of Spain at Circuit de Barcelona-Catalunya on May 6 2021 in Barcelona.
Image: Mark Thompson/Getty Images

Mexican Sergio Perez says he is following the lead of Formula One team mate Max Verstappen as the quickest way to get up to speed in his new role at Red Bull.

The race winner moved from Racing Point (now Aston Martin) to the title contenders at the end of 2020 but is still adapting.

“We've had such limited track time with these cars this year, with the new rules of testing and in practice. Everything comes very quick,” Perez told reporters at the Spanish Grand Prix on Thursday.

“I have a very strong reference in Max, he’s obviously taking 110% out of the car from practice one all the way until Sunday, so I think first I need to get to that level and then move around.

“It makes no sense to follow another direction, because I'm just going to get lost, so I'm working on a very similar basis as my team mate.”

Verstappen has won one race and finished second in the other two this season, leaving the 23-year-old Dutch driver eight points adrift of Mercedes' seven times world champion Lewis Hamilton.

Perez was fifth in Bahrain and fourth in Portugal, but failed to score in round two at Imola, and is 39 points behind his team mate.

He said the weekend in Portugal had helped him learn much more about the car.

“What I used to do in the races just simply doesn’t work with this car, so it’s like resetting myself into the race, knowing how to approach it,” said the Mexican.

Valtteri Bottas shot down media speculation on Thursday that he could be replaced as Lewis Hamilton's Mercedes teammate midway through the season and ...
Motoring
6 months ago

Red Bull have hired another group of engine experts from Formula One rivals Mercedes as they prepare to build their own power unit after Honda's ...
Motoring
6 months ago