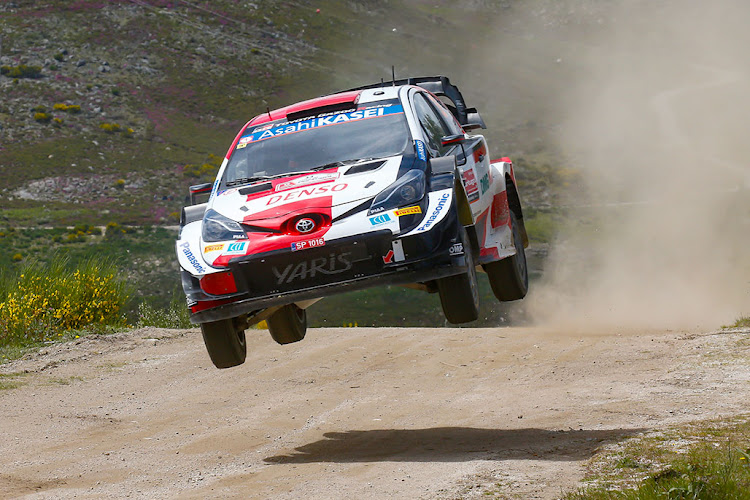 The victory was the fourth of the Welshman's world championship career and he had led on the gravel roads since Hyundai's Ott Tanak retired on Saturday with a smashed suspension.

Evans finished 28.3 seconds clear of Hyundai's Spaniard Dani Sordo, who had led on Friday, with Ogier completing the podium in Matosinhos one minute and 23 seconds behind.

"We weren’t maybe the fastest crew this weekend but we had really good pace, kept out of trouble and did enough to keep Dani behind today," said Evans, who lost out to Ogier by a mere 0.6 in Croatia last month.

"This comes at a really good time for our championship challenge as we move into  tough gravel rallies."

Ogier now has 79 points to Evans on 77 after four of 12 rounds, with Hyundai's Belgian Thierry Neuville on 57.

Neuville rolled out on the opening day but returned to grab four bonus points in the closing Power stage while Tanak won it and took five.

Toyota extended their lead in the manufacturers' championship to 37 points over Hyundai.

Round five is in Sardinia from June 3 to 6.

In the third tier WRC3, 43-year-old former Chelsea and Olympique de Marseille soccer manager Andre Villas-Boas made it to the end of his first WRC rally and was 12th in the class in his Citroen C3.

Charles Leclerc's Monaco jinx struck again on Sunday as Ferrari's pole-sitter retired from his home Formula One grand prix before the start due to a ...
Motoring
1 month ago