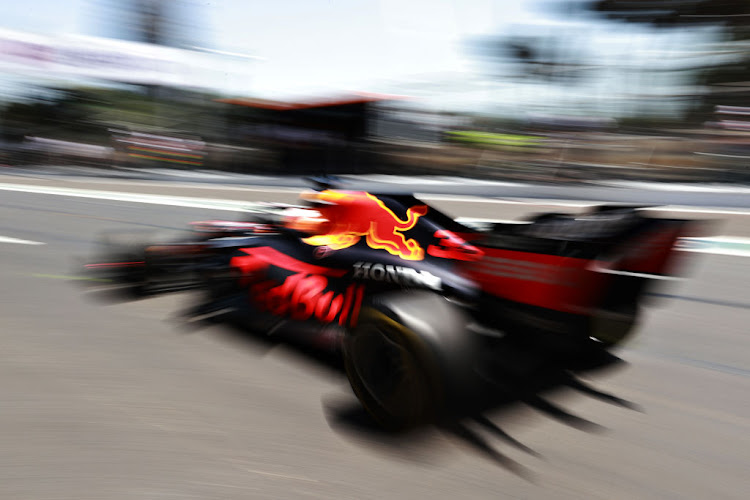 The threat of a protest hung over the Azerbaijan Grand Prix on Friday as a row over "bendy" rear wings dominated the conversation in the Formula One paddock.

The sixth round of the season is the last before the governing FIA introduces new flexibility tests after some teams were suspected of literally bending the rules with wings that passed static inspection but worked differently at speed.

The FIA has ordered teams to apply stickers and coloured dots to the wings this weekend so rear-facing cameras can monitor them more accurately.

McLaren boss Andreas Seidl welcomed the new measures but said his Mercedes-powered team remained unhappy that rivals could continue to gain an advantage.

"We simply need to see now in the course of the weekend what will happen," he told reporters when asked whether the threat of a protest remained active.

"I don't want to go into discussion of a protest at the moment," he added. "In general it doesn't make sense to do anything before the event because you can change a rear wing on Saturday morning."

Mercedes team boss Toto Wolff warned at the previous Monaco Grand Prix that delaying the introduction of the new tests until after Baku "leaves the door open for protests".

Ferrari, Alfa Romeo and Alpine have also been in the spotlight.

Baku's long and fast straights give a particular advantage to cars with a flexi-wing. Seidl said any team whose rear wing showed excessive deflection this weekend should face consequences.

"From our point of view, if we see deflections again like we have seen in Barcelona there needs to be action here this weekend," he said. "How this action will look like in the paddock, I don't know yet."

"Every Formula One team is able to correct these specific topics or issues within a week if you have to and that's why we are not happy with the reaction of the FIA," he said.

Valtteri Bottas said he raised concerns about Mercedes' pit stops ahead of last month's Monaco Grand Prix which saw the Formula One champions fail to ...
Motoring
2 weeks ago

Verstappen would rather stay under the covers than walk the track

Red Bull's Formula One championship leader Max Verstappen was in no hurry to get out and inspect the Azerbaijan Grand Prix circuit on Thursday, ...
Motoring
2 weeks ago

Daniel Ricciardo said he had complete faith in his ability to deliver and was ready to put the 'train' back on track after a tricky start to the ...
Motoring
2 weeks ago