Kia Picanto gets a mild makeover for 2020 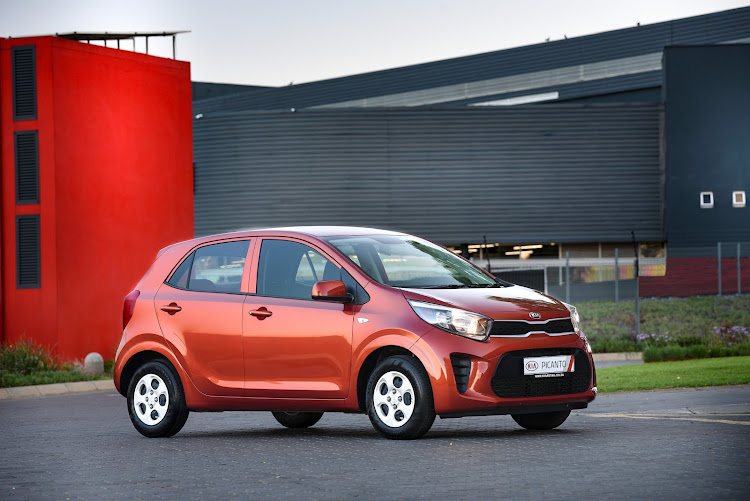 Kia’s diminutive Picanto hatchback has become a favourite among budget-focused car buyers since its debut in 2003, and the current third-generation model launched in 2017 added more modernity to the menu.

For the 2020 model year the car receives a number of specification and safety updates.

The entry-level Start-badged models for the first time acquire a front passenger airbag and ABS brakes, which means that dual front airbags and ABS are now standard across the Picanto range, as are ISOFIX child seat anchors.

Other standard features across the Start range include power steering, air-conditioning, as well as a radio with RDS and MP3 capability, Aux and USB connector jacks, Bluetooth connectivity and two speakers. The Picanto Start as before rides on 13-inch steel wheels with plastic covers.

The Picanto Start will from now on only be available with the 1.0l three cylinder petrol engine with outputs of 49kW and 96Nm, with a choice of five-speed manual or four-speed automatic transmissions.

Next up in the range is the Street specification which as before offers electric front windows, steering wheel-mounted audio remote controls, remote central locking with an alarm and immobiliser, and driver’s seat height adjustment. A new feature is the standard inclusion of an infotainment system with 20cm colour touchscreen including Apple CarPlay and Android Auto. In addition, the Picanto Street now also features rear electric windows as well as electric heated side mirrors.

Street models are available with the 1.0l engine or the 61kW/122Nm 1.2l petrol engine, with a choice of five-speed manual or four-speed auto.

Park distance control with reversing camera has been discontinued on the Smart, and instead Kia offers a sunroof — previously available only as an option — standard across the range.

The Smart is sold only with the 1.2 engine, with a choice of manual or auto gearboxes.

“In tough economic times where the pressure on affordability is not letting up, the revision of the Picanto range for 2020 brings a significant value offering to the market,” says Stephen Crosse, Sales Director of Kia Motors SA.

All-new Alfa Romeo Tonale could be launched by 2021

Due to slot in under the larger Stelvio, the Italian firm's second SUV has been spotted in production-ready form
Motoring
1 year ago

New and technology-packed Audi A6 arrives in South Africa