WATCH | Spoiled brat deliberately dumps his BMW in a river 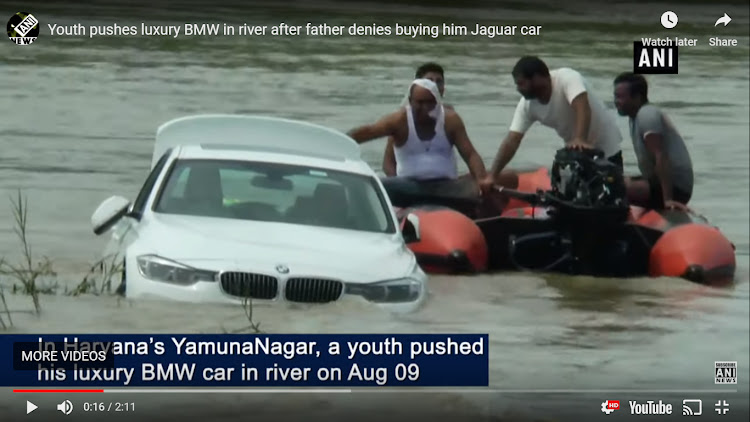 Villagers retrieve the BMW 3 Series that was dumped into a river in India.
Image: Youtube

The ungrateful son of the year award goes to an Indian man who pushed his brand new BMW into a river - because he'd wanted a Jaguar instead.

The Times of India reports that the 22-year-old man, named Akash, was so upset about the gift from his father that he deliberately pushed the car into a river in Yamuna Nagar on August 9.

"Akash was demanding a Jaguar car from his father, but when his father failed to buy one, he threw away his BMW in a fit of anger," the paper quoted a local police official as saying.

Sources said after pushing the car into the canal, Akash made a video and sent it to his parents. It took divers and an earth-moving machine several hours to retrieve the car.

Police said no case was registered as nobody had laid a complaint.