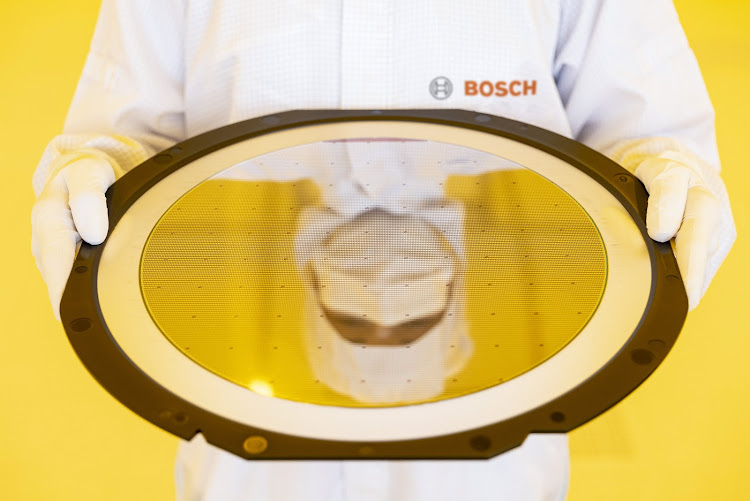 Robert Bosch GmbH opened a €1bn (roughly R16,177,800,000) factory that should gradually help alleviate supply constraints and herald broader efforts to make Europe less dependent on imports from Asia and the US.

The first chips manufactured at the plant near the Germany city of Dresden will be used in electric tools next month, and output for car parts has been accelerated by three months to September, Bosch said Monday ahead of the site’s opening ceremony. Chancellor Angela Merkel will attend remotely.

“There is no quick fix as ramping up production takes time,” Bosch board member Harald Kroeger said in a phone interview. “But the new factory certainly helps free up other capacity — every chip is a good chip.”

Chip-supply bottlenecks had already started disrupting manufacturing across business sectors when a fire at a Japanese factory and winter storms in Texas worsened shortages early this year. The woes have affected producers of electronics, vehicles and other goods and exposed the fragility of global supply chains. The European Union is particularly vulnerable and has set a goal to produce at least 20% of the world’s supply on a value basis by the end of the decade.

“If a big bloc like the EU is not in a position to produce microchips, I don’t feel comfortable about that,” Merkel said during a virtual speech last month to a conference hosted by German research organisations. “If you are a car nation, it is not really good if you cannot produce the main component.”

Adding capacity for chips or ramping up output of existing factories is complex and time consuming. Three years after a groundbreaking ceremony, Bosch’s highly automated Dresden factory employs about 250 people and will eventually have 700 staff. The site covers about 14 soccer fields and can churn out 300mm silicon substrate wafers with structural widths of up to 65 nanometres.

Bosch already makes 150mm and 200mm wafers at a factory in Reutlingen, outside Stuttgart. It will invest about €50mto expand the site’s clean-room facilities for 200mm wafers in coming months, Kroeger said.

Tesla Inc is recalling nearly 6,000 US vehicles because brake caliper bolts could be loose, with the potential to cause a loss of tire pressure, ...
Motoring
6 months ago

Stellantis might pick Italy to build a new gigafactory in Europe, to support its expansion into electric mobility, as the carmaker is discussing ...
Motoring
6 months ago