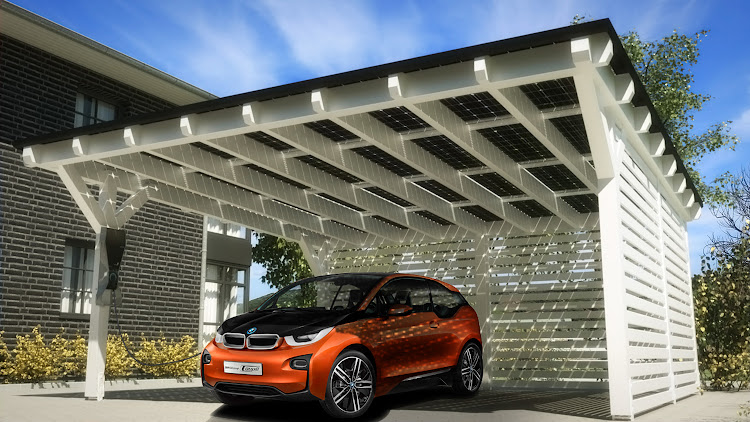 Solarwatt and BMW have been working together since 2013. The collaboration initially involved arranging complete photovoltaic solutions for roof systems and carports for BMW i customers.
Image: Supplied

Solarwatt will start selling storage batteries from this autumn in cooperation with carmaker BMW amid an ongoing convergence of renewable power and electric mobility, the German photovoltaic firm announced on Wednesday.

Under the deal, BMW will supply battery components also used in its electric vehicles for Dresden-based Solarwatt which will develop and assemble photovoltaic (PV) storage products under the brand name Battery flex in Germany to complement rooftop solar installations.

“We are delighted that, through our partnership with Solarwatt, we can make an additional positive contribution to bringing photovoltaics and electromobility closer together,” BMW executive Eric Hamm said.

As the price of battery technology has come down it is becoming increasingly economical for householders to store surplus solar power to supply power sockets or heat water directly rather than selling it to grid operators.

Solarwatt is investing €100m (roughly R1,653,735,684) until 2025, for example on production lines and complementing Battery flex with intelligent software to manage energy flows around the house to help cut costs and raise households’ self-sufficiency.

Solarwatt is majority-owned by Stefan Quandt, who owns nearly half of luxury carmaker BMW with his sister Susanne Klatten.

Apple Inc is in early-stage talks with China's CATL and BYD about the supply of batteries for its planned electric vehicle, four people with ...
Motoring
7 months ago