Bentley to pump £2.5bn into UK operations in EV shift 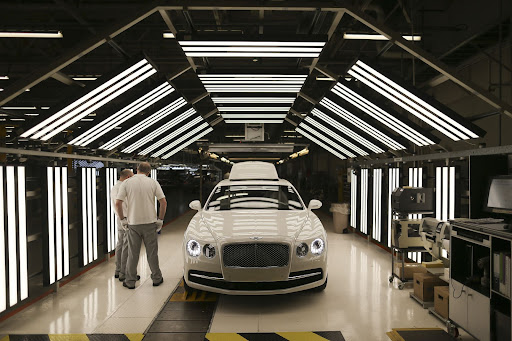 The investment over the next decade will modernise Bentley’s factory in Crewe, England, the Volkswagen AG brand said Wednesday. The decision is a boon to the site’s 4,000 workers and the UK government, which has been trying to safeguard local manufacturing threatened by the country’s European Union exit and an accelerating electric shift.

“Our aim is to become the benchmark not just for luxury cars or sustainable credentials but the entire scope of our operations,” Bentley CEO Adrian Hallmark said.

Bentley plans to offer only plug-in hybrid and electric cars by 2026 and switch its entire line-up to fully battery-powered vehicles by the end of the decade. Luxury-car brands such as Bentley, Ferrari NV and Aston Martin Lagonda Global Holdings Plc face a delicate task preserving brand identity in the costly shift to batteries. While also built around superior engine performance, Bentley’s push to electrify is getting help from Volkswagen’s vast technology investments which seeks to challenge Tesla Inc as the dominant EV maker.

Fellow Volkswagen brand Lamborghini has allocated €1.5bn (roughly R25,753,385,000) for the shift to plug-in hybrids, and plans to offer a purely battery-powered model during the second half of the decade.

Tesla Inc is expected to post record revenue on Wednesday, but analysts and investors are focusing on how fast Tesla can scale up production at two ...
Motoring
6 months ago