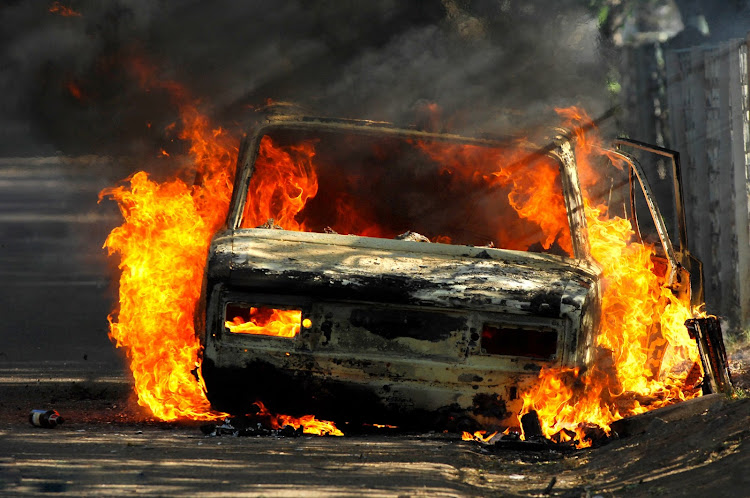 Vehicle fires have become increasingly common in Venezuela due to the rising cost of maintenance following years of economic turmoil.
Image: ekina / 123rf

Baseball coach Adolfo Alvarez was traveling to a game with a group of children and their parents toward Venezuela´s northwestern city of Maracaibo when the engine in the bus suddenly burst into flames.

The blaze was caused by a fuel leak, according to firefighters, who said this has become increasingly common in Venezuela due to the rising cost of maintenance for cars, trucks and buses following years of economic turmoil.

So far this year, 595 vehicles have caught fire, firefighters said. There were 590 in 2021, according to the country's mechanics' association.

There have been no deaths from the fires, according to former vice president of civil protection in the central state of Carabobo, Jacobo Vidarte. But many incidents have led to injuries.

"I took a blow to the arm, but I'm fine. The children fortunately had no injuries. We were taken to the hospital but we are fine and at home," Alvarez said.

Experts said the fires are happening because people are delaying car maintenance, using unsuitable parts and tampering with fuel or fuel injection systems due to petrol scarcity.

"There are many vehicles with maintenance faults," said Luis Mantilla, chief of the fire department of the Santa Rita municipality, who participated in the rescue operation on a highway to Maracaibo.

"When they start moving, they generate these types of accidents," he said, estimating they had roughly tripled in the fourth quarter.

Despite slight improvements in the Venezuelan economy since the 2019 relaxation of currency controls and the broader adoption of the US dollar, the country continues to be marked by extreme income inequality, limiting access to certain goods.

Due to low production, the Venezuelan vehicle fleet has aged, and most cars in circulation have exceeded their recommended life span, said Gino Fileri, president of the mechanics' association.

"The country's economic situation is leading people to Google how to remove the (fuel) injectors and assemble them, but they don't have the knowledge nor the experience. They are not prepared nor trained to do so," said Fileri.

Vehicle production in the country is minimal after companies such General Motors Co and Ford Motor Co abandoned or drastically scaled back operations in recent years. Imported cars remain beyond the reach of most Venezuelans.

The ministry of communication did not respond to a request for comment.

That amounts to a crushing blow in a country where the minimum wage is around $30 (roughly R511) a month.

"Unfortunately we are living an economy in which people are looking for the cheapest," said Angelo Sangregorio, vice-president of the chamber of mechanical workshops.

"And the cheapest is not good."

Hyundai Motor on Thursday launched its first electric sedan, Ioniq 6, which the South Korean automaker is betting will help it grab a bigger share of ...
Motoring
1 month ago