Jeep pulls out of China over government meddling in business 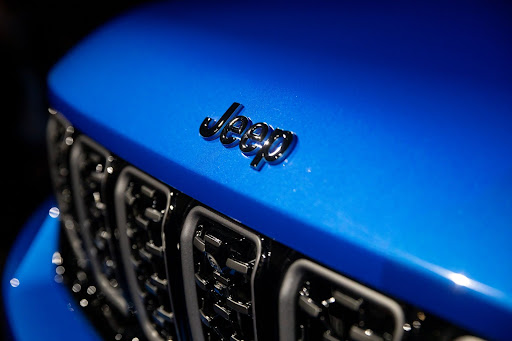 The carmaker is implementing an “asset-light” strategy in the country out of concern that rising political tensions between China and the rest of the world could lead to economic sanctions, the CEO said in an interview with Bloomberg Television.

“We have been seeing over the past few years more and more political interference in the world of business in China,” Tavares said. “We don’t want to be a victim of cross-sanctions, as has been the case for other companies in other regions of the world recently.”

The CEO’s candid comments offer a deeper explanation than initially given for Stellantis’ announcement last week that it is terminating a 12-year manufacturing partnership with state-owned Guangzhou Automobile Group. Jeep is exiting as more established foreign auto brands have struggled to maintain their share of the market, raising questions about their long-term future in China.

Carmakers are taking into account what’s happened with the war in Ukraine and considering whether the ever-lengthening list of sanctions targeting Russia would similarly apply to China if the country were to assert itself in Taiwan. Business for carmakers including Stellantis, Volkswagen AG and General Motors Co in the country is becoming more challenging as local manufacturers including BYD Co, Geely Automobile Holdings Ltd and Nio Inc roll out a slew of fully electric models.

Tavares pointed to German and US-branded vehicle sales falling by about a fifth in China during the first half, as well as a double-digit drop for Japanese brands, while domestic companies’ sales rose.

“We see that for Western players, selling cars in China is becoming increasingly difficult,” he told reporters at a press conference. “There is an absolutely major shift in the Chinese market.”

“We have two big competitors, Volkswagen and GM, who are very present in China,” Tavares added. “I wouldn’t want to be in their place.”

Sanctions against Iran, and more recently Russia, showed how companies were forced to choose between two sides, Tavares said. Peugeot maker PSA Group pulled back from Iran during his tenure as CEO in 2018. This year, Renault SA was recently forced to withdraw from Russia – previously its second-biggest market – due to the war in Ukraine.

Tavares acknowledged that the Jeep joint venture was racking up losses but said the company’s reasons for leaving run deeper. He said the decision was rooted in “broken trust” with its local partner, as well as the Chinese Communist Party and its economic policies supporting domestic auto companies.

While Stellantis had signed a deal to raise its stake in the GAC joint venture to 75%, GAC “did not do what it was supposed to do”, Tavares said. “So we considered  it was better to unwind.”

The venture had produced the Jeep Cherokee, Renegade, Compass and Grand Commander models primarily for the China market. Stellantis will instead ship an electrified lineup of different Jeep vehicles to its dealers in the country.

The automaker is reassessing the impact of the change on targets for China outlined in March, Tavares said. Its plan then was to reach about €20bn (roughly R20,437,300,000 of annual sales and launch some 30 product by the end of the decade.

Volkswagen is looking to sell its car assembly plant in the Russian city of Kaluga and a Kazakh auto maker could be a potential purchaser, Russia's ...
Motoring
3 weeks ago