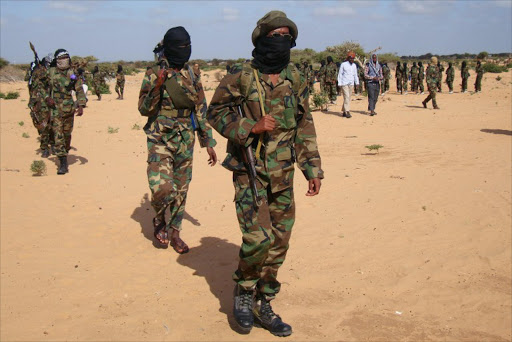 Warsame Shire Awale, a famous composer who had worked with Somalia's national army band before joining Radio Kulmiye as a drama producer and comedian, was attacked by two gunmen late on Monday.

"Gunmen killed him... we are investigating the matter and the killers will be brought to justice," police chief Ahmed Hassan Malin told reporters.

"Two men armed with pistols shot and wounded him near his house in Waberi district, he died shortly after in hospital," said Abdi Mohamed Haji, a colleague at Radio Kulmiye.

The killing, the latest in a string of attacks on media workers in Somalia, follows the murder of fellow comic Abdi Jeylani Malaq Marshale in August, who also worked at Kulmiye.

Press rights watchdog Reporters Without Borders (RSF) has called 2012 the "deadliest year" on record for Somalia, surpassing 2009 when nine died.

At least 17 reporters have been killed this year in the war-ravaged country.

Several killings are blamed on al Shabaab insurgents, but other murders are also believed to be linked to struggles within the multiple factions in power.

Meanwhile in Vietnam, a court in Ho Chi Minh City jailed two musicians for conducting propaganda against the state, during a half-day trial Tuesday, their lawyer said.

"They did not admit committing a crime but admitted their activities have created a bad impression of the government," he said. "They both asked for leniency."

Viet Khang's songs Where is My Country and Who Are You? posted on the YouTube website became internet sensations last year after security forces cracked down on ongoing anti-China protests.

The songs criticised the government's response to a dispute with China over territory in the South China Sea and called for people to join the protests. Khang was arrested in December.

Rights groups have condemned the sentences.