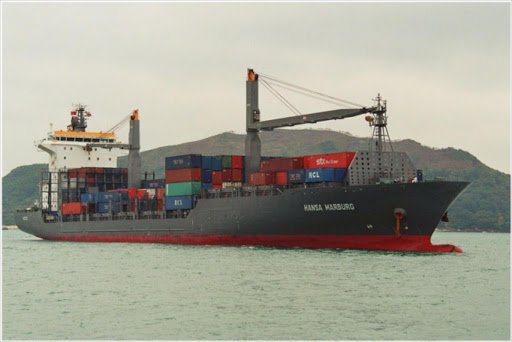 Pirates kidnapped four crew members when they attacked a container ship off the coast of Equatorial Guinea, the vessel's management company said on Thursday.

Hamburg-based shipping firm Leonhardt and Blumberg said the four hostages - two Ukrainians, a Russian and one from the Pacific island nation of Kiribati - were taken when the Liberia-flagged Hansa Marburg was attacked on Tuesday by armed men.

The raid took place around 130 nautical miles off the coast of the small West African oil producer.

A Greek-flagged oil tanker, Cap Theodora, was unsuccessfully attacked twice in the last week off the coast of Nigeria, close to where the Hansa Marburg was boarded, security sources say. They believe the attacks are linked.

Piracy in the Gulf of Guinea region, which includes Africa's biggest oil producer Nigeria, is increasingly pushing up the cost for shipping firms.

The region is an important source of oil, cocoa and metals for world markets, but international navies are not actively engaged there in counter-piracy missions at present. Many vessels are forced to anchor off Nigeria with little protection, making them a soft target for criminals.

By contrast, naval patrols and the deployment of armed guards on ships have sharply curbed piracy off Somalia on Africa's eastern coast.