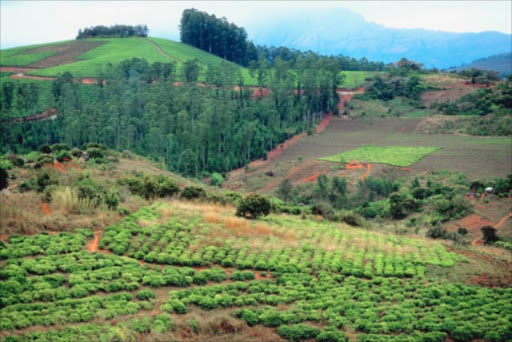 Zimbabwe's main opposition party warned on Monday of "more chaos" on white and former white-owned farms after hints from new vice president Emmerson Mnangagwa that land takeovers would be stepped up.

"We will continue to see more chaos on the farms as the chefs (political elite) fight for the spoils while the ordinary Zimbabwean remains desperate for land," Movement for Democratic Change (MDC) spokesman Obert Gutu said.

Mnangagwa, who replaced Joice Mujuru as first vice president following a party congress last month, was quoted by Newsday paper on Monday saying: "Those with multiple farms, we will take them, the few whites on the farms, we will look into that and those with big farms, we will cut to size."

There were frequent accusations that top Zanu-PF officials had grabbed several farms each since President Robert Mugabe launched his controversial land reform programme in 2000 -- but little seemed to come of the allegations.

Ousted Presidential Affairs Minister Didymus Mutasa was reported only on Sunday to have taken 15 for "associates and lovers".

The president's wife Grace Mugabe was believed to own several farms.

Gutu said: "Zimbabweans know that the intensification of the land grab policy and even the targeting of multiple farm owners will not benefit the ordinary Zimbabwean but the well-heeled and the politically connected who have always parcelled the land to themselves at the expense of the populace."

Around 4000 white-owned farms had been taken in the last 15 years. The number of white farmers still left on their farms was understood to be around 300-400, farming groups said.

But there was also an unknown number of white farmers quietly leasing land back from new black owners, either on what was once land they owned or land previously owned by another white farmer.

However, officials of Mugabe's government insisted this kind of lease agreement was not allowed.

So-called "joint ventures" with whites could be permitted under certain conditions.

"Mnangagwa has simply vindicated our position that despite desperate attempts by the newly appointed leaders to brand themselves as reformists, they remain unrepentant hardliners steeped in the same chaotic beliefs and ideology of Zanu-PF," Gutu said.