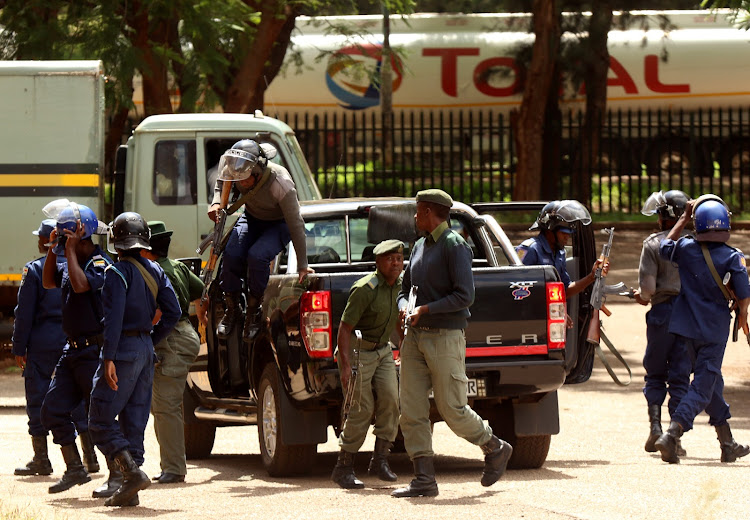 Business started returning to normal on Tuesday in Zimbabwe's major cities as people shunned a second stayaway call amid a heavy presence of police, the military and intelligence operatives in townships.

A joint operation combining the three state security arms went door to door looking for looters and troublemakers with the help of neighbourhood watch committee members.

In Bulawayo, residents who took advantage of the chaos to loot were forced to dump groceries, furniture and equipment such as hospital beds in bushy areas as the crackdown ensued. Groceries could be seen dumped in streams and rivers.

"They came to my house and asked to see receipts for all unopened foodstuffs. They were menacing as they ransacked the whole place," said one resident.

"Violence or misconduct by our security forces is unacceptable and a betrayal of the new Zimbabwe. Chaos and insubordination will not be tolerated. ...
News
2 years ago

Bulawayo police spokesperson Abednico Ncube said arrests had been made thanks to the co-operation of the public.

"We are receiving tip-offs from responsible citizens but some of the looted appliances such as televisions are being smashed. That’s plain evil," he said.

Zimbabwe Lawyers for Human Rights (ZLHR) have dispatched pro bono lawyers to represent people detained during and after the chaotic strike. Some of those arrested face murder charges.

Remand prisons in Bulawayo and Harare are filled with those arrested during the chaotic demonstrations. Political activist Josphat Mzaca Ngulube’s publicity office said the politician was being held at Khami Prison where visitors were not allowed. Eight armed police officers arrested him at his home.

Riot police blocked another potentially explosive but unrelated situation on Monday when they stopped dozens of survivors of the 1980s Matabeleland and Midlands Gukurahundi massacres from presenting a petition calling on authorities to open an inquest into the army slaughter of an estimated 20,000 civilians.

Led by Charles Thomas, a member of the Mthwakazi Liberation Front, the march failed because it was held at short notice.

It takes Halima Simba about an hour by foot in a round trip from Zimbabwe to buy petrol in Musina, Limpopo.
News
2 years ago

"We were closed during the demonstrations and started receiving fuel supplies from the government depot on Monday. The queues are long because cars were grounded. But there’s a difference in buying power, people used to fill up their cars but now the average is half and quarter tanks," said a fuel attendant at a Total garage.

"Most teachers came to work but there were few children. It's understandable because people feared a repeat of last week and in such situations women and children are the most affected," said provincial education director Olicah Kaira.

Mnangagwa has meanwhile called for dialogue to seek a lasting solution for the economy of the country.

"I invite leaders of all political parties as well as religious and civil leaders to set aside  differences and come together. What unites us is stronger than what could ever divide us. Let's begin a national dialogue. Let's put the economy first. Let's put the people first," he said via Twitter.

Zimbabwe was plunged into violent and angry protests in January 2019 after president Emmerson Mnangagwa announced steep fuel price increases, making Zimbabwe the country with the most expensive fuel in the world, according to GlobalPetrolPrices.com.

Zimbabwe crackdown a sign of things to come - presidency

The crackdown last week on protests in Zimbabwe is a foretaste of how the government will respond to future unrest, the president's spokesman said, ...
News
2 years ago