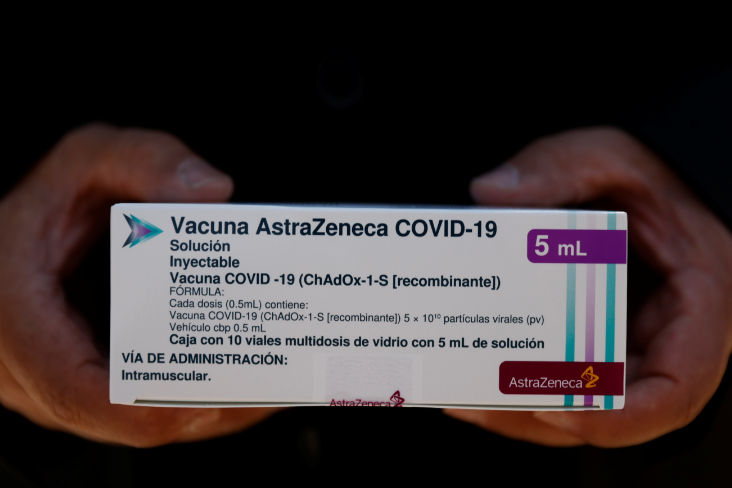 Malawi's health ministry said the country had administered 335,232 vaccine doses as of May 18, and recorded 34,231 Covid-19 infections and 1,153 deaths.
Image: REUTERS/Carlos Jasso

Malawi on Wednesday destroyed 19,610 doses of AstraZeneca Covid-19 vaccines that expired 18 days after arriving, despite assurances from the African Union (AU) and World Health Organisation (WHO) that the vaccines were safe until mid-July.

A batch of 102,000 vaccines arrived on March 26, under an initiative by the AU and WHO, and they expired on April 13, leaving less than three weeks for them to be used. Malawi managed to deploy about 80 percent of them by that time.

John Nkengasong, director of the Africa Centres for Disease Control and Prevention (Africa CDC), part of the AU, told a news conference late last month that the shots could be used until July 13, based on a further analysis conducted by manufacturers the Serum Institute of India (SII).

He and the WHO also urged African countries not to waste vaccines donated to them.

However, the Malawian government said it would not give expired vaccines to its citizens.

"We are destroying (them) because, as government policy... no expired vaccine has ever been used," said Health Minister Khumbize Chaponda, at Kamuzu Central Hospital in the administrative capital Lilongwe.

She then threw the shots, which were wrapped in red plastic bags, into an incinerator, causing a cloud of dark smoke to billow from its chimney.

"On behalf of the government I assure all Malawians that no one will be given an expired Covid-19 vaccine," she said.

SII did not immediately respond to a request for comment. India's drug regulator in March allowed the SII-produced AstraZeneca vaccine to be used for up to nine months from its manufacture date, as opposed to the earlier six months.

South Sudan has set aside 59,000 doses supplied by the AU and is not using them because of the same expiration issue.

African countries have struggled to secure enough Covid-19 vaccines to roll out mass immunisation. Many rely on handouts from global vaccine scheme COVAX, which is co-led by the WHO and partners including the Gavi vaccines alliance.

Health authorities are reallocating around 75% of Democratic Republic of Congo's 1.7 million AstraZeneca Covid-19 vaccine doses to other African ...
News
1 year ago

About 60,000 doses of the Oxford-AstraZeneca Covid-19 vaccine donated by the AU to South Sudan expired before they could be used, the country's ...
News
1 year ago