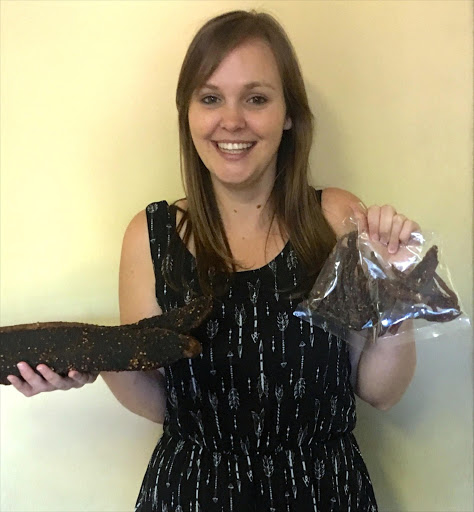 It's official - South Africa’s foremost authority on how to make the best biltong is a 27-year-old woman from Cape Town - and she has a doctorate to prove it.

Maxine Jones will receive her doctorate in food science from Stellenbosch University on Tuesday evening‚ making her first person with a PhD based exclusively on scientific research into making consistently good quality‚ delicious biltong.

Her industry-based PhD research project - supervised by Prof Louw Hoffman‚ the South African Research Chair in Meat Science: Genomics to Nutriomics in the university’s department of animal science - focused on different aspects of biltong processing‚ including the use of standardised drying procedures to dry the meat.

“I micro-analysed every aspect of the process‚ from temperature to humidity‚ water activity and air movement‚” she said‚ “as well as the presence of different yeasts‚ moulds and even bacteria that are often found on biltong and play a role in its shelf life.”

The most common responses she got on her journey to becoming “Dr Biltong” were “Do you need a taster? I’m available” and “What is there to study? It’s just dried meat.”

“It’s actually a science. My aim was to figure out what works‚ and then to come up with a set of guidelines for biltong production‚ so it’s not hit and miss.”

Quality and consistency is important to both the consumer and the biltong industry‚ Jones said.

In her thesis she proposes that South Africa’s Department of Agriculture Forestries and Fisheries should introduce biltong guidelines similar to those for other forms of processed meat.

“The biltong industry has become an economically important sector in the South African meat industry and has the potential for further growth‚ both nationally and internationally‚” Jones said.

Meanwhile the results of Dr Jones’ research are being happily implemented a lot closer to home. Her parents‚ June and George Jones‚ are now making their own biltong based on their daughter’s scientific recommendations.

Jones is particularly partial to moist fatty beef biltong‚ and she doesn’t have to go far to find it‚ having been recently appointed as quality and food safety manager at a Cape Town biltong plant.

For the DIY biltong makers‚ here are some of “Dr Biltong’s” key findings‚ when drying biltong at a temperature of around 25C‚ at a relatively low humidity of 30%‚ and an air speed of 0.2 metres per second:

- Wendy Knowler is 'In Your Corner' as TimesLIVE's consumer champion.