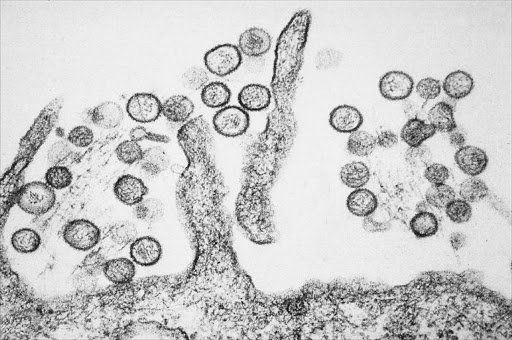 The deadly virus raising fears at California’s Yosemite National Park does not spread easily, and, despite two recent deaths, does not warrant closing the park, a spokeswoman says.

So far, at least six cases have been confirmed of the hantavirus pulmonary syndrome (HPS), a rare but serious illness that kills one in three victims and cannot be treated.

"The hantavirus is contracted by breathing a particle from mice feces and mice urine," and is spread by the deer mouse, a rodent that lives in the Sierra Nevada mountain range, park spokeswoman Kari Cobb explained.

"As long as individuals are staying in an area with good ventilation," and keeping watch for signs of mice in the area, "they should be fine," she told AFP.

"You cannot contract the hantavirus if you're just walking around the park," she emphasized, adding that visitors need not wear a mask to avoid contagion.

Cobbs said that while some canceled their reservations for the long holiday weekend ending with Labor Day on Monday, the gaps had been filled and overall the park was about as busy as usual.

She did not give specific figures, but during an average weekend, Yosemite hosts around 7,500 tourists.

On Friday, the Centers for Disease Control and Prevention (CDC) warned that about 10,000 visitors could have been exposed to the deadly virus while staying at the park's scenic "Signature Tent Cabins."

But park officials estimated just 3,000 people stayed in the lodgings between June 10 and August 24, when they could have run the risk of developing the disease within the next six weeks.

They have all, including the international visitors, been notified of the risk of exposure, Cobbs said.

The cabins, located in the popular lodging area of Curry Village in Yosemite Valley, the park's tourist center, were shut down last week.

"The disease often progresses rapidly to respiratory distress, requiring supplemental oxygen and/or intubation, non-cardiogenic pulmonary edema and shock," the CDC said when it alerted the outbreak.

"There is no specific treatment available, but early recognition and administration of supportive care greatly increase the chance of survival."

The French health ministry said Sunday that 53 French tourist families who stayed in the tents were being examined for signs of the illness.

And Britain's Health Protection Agency said that about 100 British travelers may have been exposed, adding that it is working on getting in touch with them.

A 2008 study by California's Public Health Department found that the virus can be found in about one in five of the deer mice in the state's forest service facilities.

A California microbiologist who befriended one of the people killed by the virus said that even if the transmission risk is low, the park should have warned visitors in advance.

"That still doesn't guarantee that they'll live, but chances of survival are better if you get to a hospital sooner."

Last week, California health officials said that a resident of the state and another person from Pennsylvania had died, while four others were sick, but recovering.

Since the disease was identified in 1993, there have been 60 cases in California and 587 nationwide.