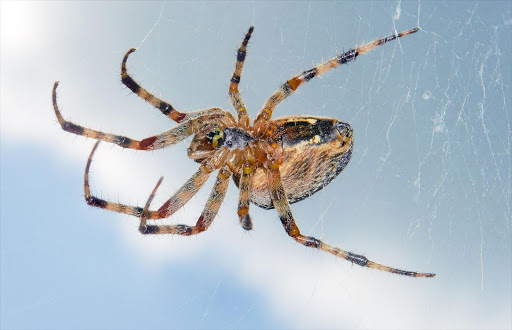 A spider demonstrated its engineering prowess when it decided to build its web in the middle of a garage arch.

The problem the spider had was the arch was too shallow for its web - so what did it do?

"This clever spider grabbed a rock, dragged it up to the web, and suspended it from the bottom," Imgur user Reverseloop  said, describing the series of pictures he took of the spider's construction. "Never seen anything like it before and thought it was pretty fucking cool," Reverseloop said.