Environmentalists up in arms over toxic stench 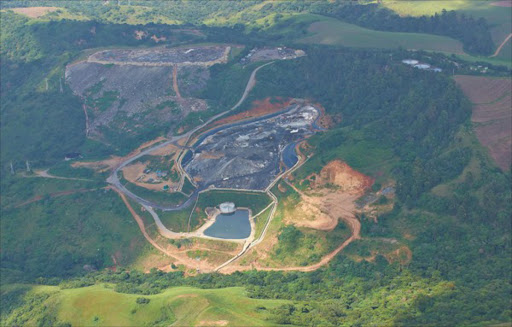 The Shongweni landfill‚ which caused a stench among residents of the Durban’s outer-west suburbs‚ faces closure following an investigation. File photo.
Image: EnviroServ

Environmentalists are worried that the toxic stench from a controversial landfill will simply be transplanted to another community‚ merely moving the problems elsewhere.

On Tuesday‚ the department of environmental affairs said it was suspending the operation licence for the EnviroServ dump site in Shongweni‚ west of Durban‚ due to “significant sources of odour” that the company has failed to deal with. The site handles about 14 000 tons of refuse a month‚ including industrial chemicals‚ condemned foods‚ contaminated soils and general household waste‚ from about 1 000 clients.

Communities surrounding the landfill have blamed the emissions for poor health‚ including burning eyes and throats‚ and respiratory problems.

Although EnviroServ indicated that it was likely to head to court on Monday to challenge the suspension of their licence. While community activists rejoiced in the wake of the department’s decision‚ a warning was sounded that any closure of the dump could result in a different community suffering the same fate.

Environmentalist Bobby Peek of Groundwork said government did not have the capacity to deal with hazardous waste.

“If you don’t deal with the toxic waste at source and industry keeps dumping it‚ you’re going to have this problem throughout [the country]‚” he said.

According to industry experts‚ as well as the department‚ the most likely site the Shongweni waste would end up at is in KwaDukuza‚ about an hour north of Durban. The Dolphin Coast Landfill Management (DCLM) site is run by company CEO Olivier Meyer‚ who has in the past faced criminal charges.

In November 2009‚ the Sunday Times reported how the Green Scorpions bust Wasteman for dumping infectious medial waste‚ including bloody swabs‚ used needles‚ vials and discarded pills‚ in the back yard of a brick factory in Welkom.

Meyer was CEO of Wasteman at the time‚ a position he was later fired from as criminal charges were laid against him.

Although he appeared in court about seven months later and the case was taken off the roll in 2011‚ environmental affairs department deputy director general for chemicals and waste management‚ Mark Gordon‚ said the investigation was complete and that additional information requested by the Director of Public Prosecutions had been supplied.

“The matter is with a prosecutor (senior advocate) in the DPP’s office. She has not made a decision on it as she still has to consult with other relevant stakeholders. A decision will be made once these consultations have been completed‚” said Shuping.

Asked who would stand to benefit from the closure of Shongweni‚ the Institute for Waste Management South Africa said DCLM was the “most likely” because of its close proximity to Durban. Only four other landfills could accept this type of waste‚ but those are in Gauteng‚ the Eastern Cape and the Western Cape.

“A financial benefit may possibly be the result should the waste go to [DCLM’s] site as the generators will have to pay‚ as they did at Shongweni‚ for the disposal of their waste‚” said the institute’s president‚ Jan Palm.

Attempts to get comment from Meyer‚ who was overseas‚ were unsuccessful. However‚ company director James Ndebele said DCLM would not be commenting on the saga because of the ongoing legal fight between a competitor‚ EnviroServ‚ and the department.

When questions were asked about Meyer’s background‚ Ndebele threatened to lodge a lawsuit against Times Media.

“At the outset‚ the allegations against Mr Meyer were not only trumped up‚ but defamatory‚ malicious and without any merit and/or foundation. There is no nexus in law and/or fact between the false charges against Mr Meyer — of approximately eight years ago — and your purported publication of a story in 2017 about the Shongweni landfill site‚” said Ndebele.

Palm said that while aware of Meyer’s background‚ it had no issue with the DCLM operation.

“If a landfill has been designed‚ approved and constructed according to legislation and is operated in accordance with the applicable legislation‚ the [institute] has no objection to the site’s use‚” said Palm.

The department was equally unfazed.

“The DCLM site operates under a Waste Management Licence which requires that the site is designed and engineered to specific standard for the acceptance of high hazardous waste streams and which requires approvals from various authorities. Further‚ the Department audits the site regularly and the site is currently complying with its licence conditions‚” said Gordon.

“We have given the department and the community clear evidence of a number of gaseous pollutants in the residential areas which do not originate from EnviroServ. We feel that not all our information has been adequately considered. While we await the outcomes of their respective investigations into these other odour sources‚ EnviroServ remains fully committed to resolving our contribution to the odour. We have committed significant resources and will continue to do so‚” he said.