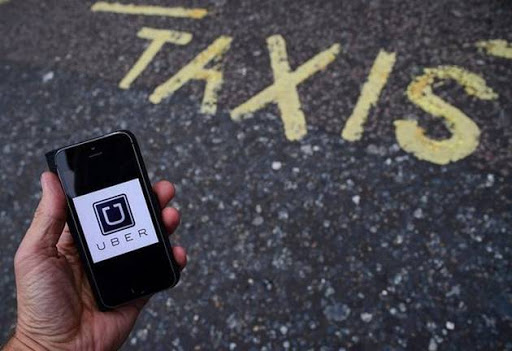 By incentivising drivers to use Uber late at night‚ by offering discounts for the ride share service‚ they reduced their collective driving hours at that risky time.
Image: TOBY MELVILLE / REUTERS

About 80% of road deaths involve males between 19 and 35‚ according to the Department of Transport.

And the World Health Organisation’s global research shows that traffic injuries are the leading cause of death among people aged between 15 and 29.

A good proportion of those tragedies happen in the small hours - motorists are 10 times more likely to be involved in an accident between 11.30pm and 4.30am.

It’s mainly young adults who drive late at night‚ and they’re also most likely to be guilty of other risky behaviour behind the wheel - speeding‚ under-estimating danger‚ not wearing their seatbelt and driving drunk.

Discovery Insure is taking credit for improving the driving habits of its young drivers‚ having decreased the number of hours they spend driving late at night by 11%.

The insurer knows this because it uses telematics technology to monitor its VitalityDrive clients’ driving habits - not just where and when they’re on the move‚ but how they're doing it‚ in real time: if they speed‚ brake harshly‚ corner too fast or use their cellphones‚ the “Big Brother” gizmo in their car captures it all.

And by incentivising drivers to use Uber late at night‚ by offering discounts for the ride share service‚ they reduced their collective driving hours at that risky time.

“So despite their inexperience behind the wheel‚ our young drivers are really good drivers‚” said Precious Nduli‚ head of Discovery Insure’s technical marketing.

“We are excited by these findings‚” Nduli said.

“Instilling safer driving behaviours from a young age‚ such as not speeding‚ not cornering harshly and not driving while distracted or when it’s late‚ become habits and create safer drivers in future.”

But the insurer is quick to reassure its clients that it won’t use any bad driving behaviour to reject a claim. “The telematics data is only used to confirm location and time of incident‚” a spokesman said.

Car insurance for young drivers is typically very expensive because‚ statistically‚ young drivers are a very high claims risk. Teenage car insurance premiums are the highest‚ with premiums declining slowly until the driver reaches age 25‚ at which point the premium drops sharply.

Asked if the telematics data proved that a young person was a model driver‚ would they benefit from premiums more like that of a more experienced‚ mature driver‚ the insurer said: “Yes‚ the telematics data may be used as one of the factors that determine a client’s renewal premium every year.”