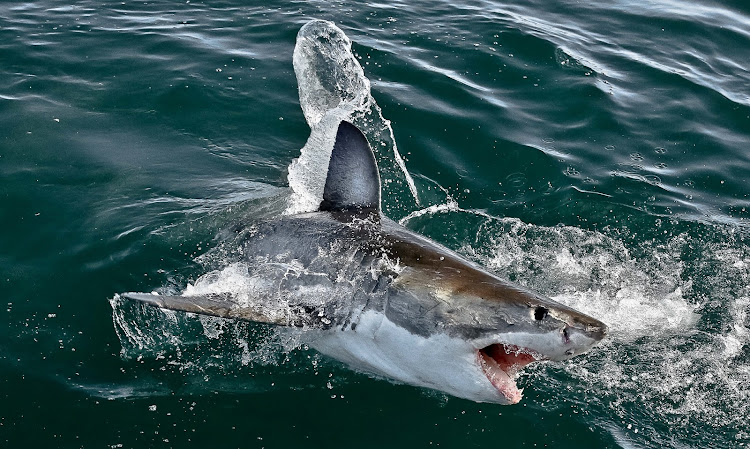 Orcas are suspected of killing another huge white shark off the Western Cape‚ bringing the death toll to four in two months.

Pearly Beach is about 40km south-east of Gansbaai‚ where other dead white sharks were discovered with similar wounds.

Autopsies on them found their livers‚ nutritious and weighing as much as a person‚ had been removed with almost surgical precision.

Only about 10% of white sharks get longer than four metres‚ said white shark expert Chris Fallows.

White sharks mature and breed slowly so the loss of a rare big adult is a blow to this endangered species.

Fallows said losing a giant white shark could have a similar impact to losing a super tusker in the elephant population‚ whose numbers are also low.

He said orcas could be influencing the low number of white shark sightings in False Bay and Ganbaai this season.

In South Africa white sharks have been protected for more than 25 years.