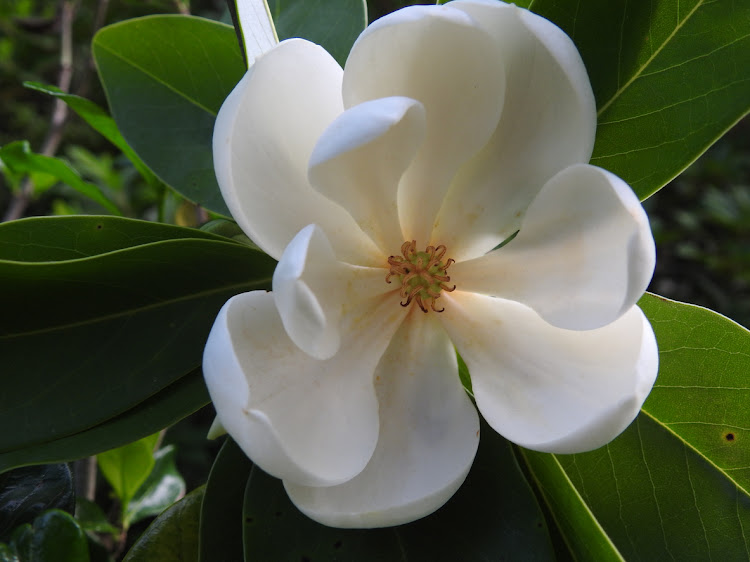 Flowering plants, such as this magnolia, evolved during the age of the dinosaurs.
Image: iStock

A 140 million-year-old bloom bearing a striking resemblance to a water lily was the mother (and father) of every flowering plant living today, scientists believe.

No fossils of the flower have been found, but scientists guess what it must have looked like from a mass of botanical data.

The first angiosperm, or flowering plant, had a simple arrangement of layered petals and contained both male and female reproductive organs, according to a recent study.

Flowering plants evolved during the age of the dinosaurs.

They had a dramatic effect on ecosystems and the climate and drove the rapid evolution of pollinating insects.

Today, angiosperms represent 90% of all land plants and are vital to the survival of terrestrial life.

Scientists led by Dr Herve Sauquet, from the University of Paris-Sud in France, combined models of flower evolution with information from a huge database.

A picture of their reconstructed primeval flower appears in the latest issue of the journal Nature Communications.

Earth likely to warm more than two degrees by 2100 – experts

World temperatures are likely to rise by more than 2 degrees Celsius this century, surpassing a "tipping point" that a global climate deal aims to ...
News
4 years ago

Most frog species are much younger than scientists previously thought, according to a new study.
News
4 years ago