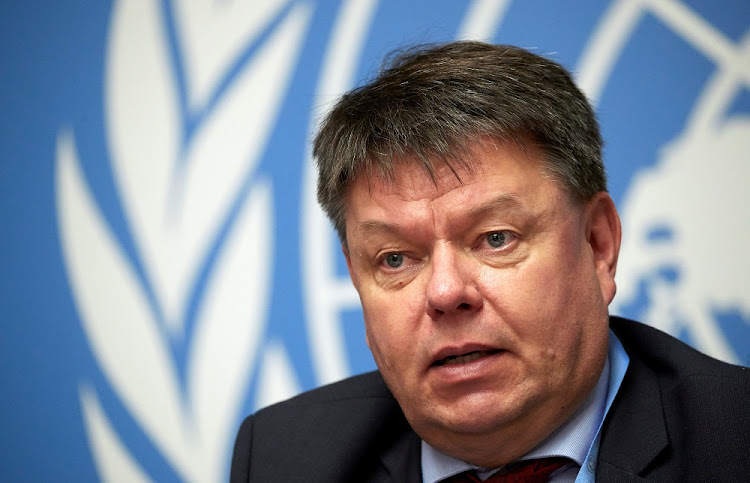 Secretary-General Petteri Taalas said that the current rate of increase in heat-trapping gases would result in temperature rises “far in excess” of the 2015 Paris Agreement target of 1.5 °C above the pre-industrial average this century.
Image: REUTERS/Denis Balibouse/ File photo

Greenhouse gas concentrations hit a new record in 2020, the UN weather agency said on Monday, warning that the world was “way off track” for capping rising temperatures.

A World Meteorological Organization report showed that carbon dioxide levels surged to 413.2 parts per million in 2020, rising more than the average rate over the last decade despite a temporary emissions dip during Covid-19 lockdowns.

Secretary-General Petteri Taalas said that the current rate of increase in heat-trapping gases would result in temperature rises “far in excess” of the 2015 Paris Agreement target of 1.5 °C above the pre-industrial average this century.

“We are way off track. We need to revisit our industrial, energy and transport systems and whole way of life,” he said, calling for a “dramatic increase” in commitments at the COP26 conference beginning October 31.

Carbon dioxide can remain in the atmosphere for centuries so concentrations are different from emissions which fluctuate depending on the current level of fossil fuels burnt.

This long shelf-life also means climate scientists expect warming to persist for decades, even if deep carbon emissions cuts are made immediately.

Nearly 200 countries meet in Glasgow, Scotland next month with a view to increasing efforts to tackle global warming.

The annual report by the Geneva-based agency measures the atmospheric concentration of carbon dioxide, methane and nitrous oxide, the gases that are warming the planet and triggering extreme weather events like heatwaves and intense rainfall.

The report confirmed, as expected, that the Covid-19 economic slowdown “did not have any discernible affect on the atmospheric levels of greenhouse gases and their growth rates.”

It added that early readings showed levels of carbon dioxide, the gas that makes the biggest contribution to warming, continued to rise in 2021.

“We need to mitigate emissions, there is no way around it, we need to reduce emissions as fast as possible,” Oksana Tarasova, the head of the WMO's atmospheric and environment division, told reporters.

The WMO report also flagged concerns about the ability of the ocean and land to absorb roughly half of carbon dioxide emissions. These “sinks” act as a buffer and prevent the possibility of more dramatic temperature increases.

WMO data collected over ten years showed that a portion of the Amazon rainforest had switched from carbon “sink” to carbon “source” for the first time amid wildfires and deforestation.

“It's not automatic that the strength of sinks will continue at the same rate,” said Taalas, describing the Amazon data as “alarming”.

Why 25 previous UN conferences have failed to stop climate change

It’s more complicated than you might think, and there remains reason for at least cautious optimism
World
7 months ago

Should rich nations pay their fair share of the climate change bill?

Sign of the times: current global energy crisis the first of more to come

The next several decades could see more periods of energy-driven inflation, fuel shortages and lost economic growth
World
7 months ago