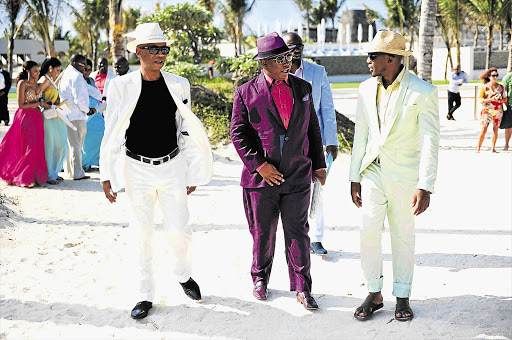 It claimed that engineer Lesiba Gwangwa was at the centre. Gwangwa was Malema's business partner and the sole director of On-Point and SGL Engineering Projects. The two companies were previously or currently owned by Malema and his Ratang Family Trust.

According to the Sunday Independent, both companies have scored more than R400m worth of known Limpopo municipal tenders since 2007.

The companies are being investigated for tender fraud and corruption by the SA Revenue Service, public protector Thuli Madonsela and the elite investigating unit, the Hawks.

The national government stepped in and placed five departments in Limpopo under administration last month after tender fraud brought the province to the brink of collapse.

Madonsela has ordered the provincial roads department to suspend On-Point's participation in the tender awarding process.

She is apparently looking into how Gwangwa allegedly forced contractors to sign secret back-to-back agreements which entitled his company to a share of the proceeds of the tenders it awarded. According to analysts quoted by the newspaper, President Jacob Zuma, was aware of what was happening in Limpopo, but was allowing the investigation to take its course rather than recalling the province's political leaders.

Political analyst Somadoda Fikeni told the newspaper that the ANC leadership would rather let the investigation expose links between the leadership in Limpopo and the tender irregularities.

"In that manner it would be seen as a technical administrative process that deals with governance and corruption issues without being seen as politically manoeuvred."