Idols judge Unathi takes her talent to next level 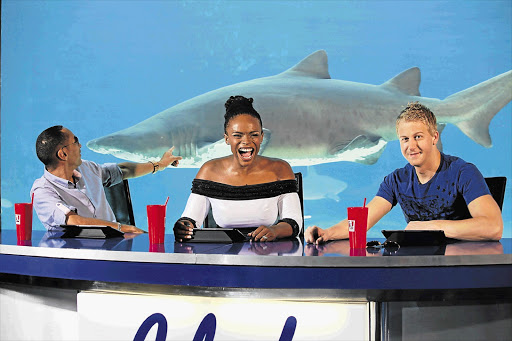 Idols SA judge Unathi Msengana has been asked to contribute a song to the upcoming international film,The Blue Mauritius.

The movie soundtrack will also include an original composition by Grammy-winning jazz artist Esperanza Spalding.

Msengana was contacted by the film's executive producer, Dexter Davis.

She told The Times yesterday: "I don't know how he found out about me but I'm honoured and excited because I'm at that moment where I'm going through a metamorphosis and I have fallen in love with music.

"It's no longer just therapy for me - I've realised I can connect with people [through it]. I can't continue to neglect it."

Msengana said the film is about five international thieves that meet in Berlin to "steal the most valuable stamp in the world".

Meanwhile, Msengana held rehearsals at Bassline in Newtown, Johannesburg, this past weekend ahead of her 45-minute set at the Sandton Convention Centre on Friday.

She will join US crooner John Legend who will perform a once-off show in front of 4000 fans.

She also aims to collaborate with a few of her friends in the music industry such as rapper Amu, poet and singer Kabomo and Jozi's Ishmael.

"Amu, Ishmael and Kabomo believed in me when nobody else did.

"They nurtured, encouraged and held my hand when most of my peers and the country thought I couldn't be a musician, so I wanted to share such a big stage, and possibly one of the biggest moments in my life [with them] to say thank you."

She added that because it was Women's Month, the three men will have gifts and flowers for a few lucky ladies in the audience.

Davis will be in the audience when Msengana and Mi Casa open for Legend.

Legend will also perform on an upcoming Idols SA show and find time to collaborate with Mi Casa on a song.