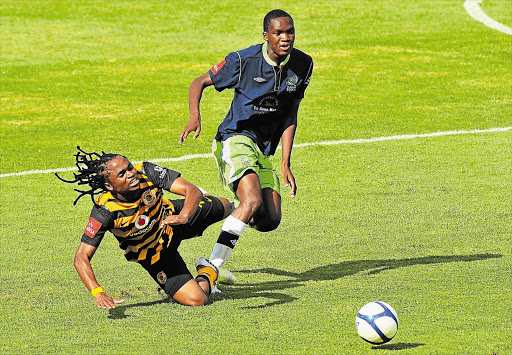 Platinum Stars might be the surprise package among the leaders in the Premier League chase but their coach, Cavin Johnson, says they do not have the luxury of being able to plan to win league honours.

"When you are a coach at Kaizer Chiefs or Orlando Pirates, you can plan to win the league," Johnson said in a reference to the two clubs ahead of his side in the Absa Premiership standings.

"At Platinum Stars, you have to build to win the league," he said.

Stars, who host AmaTuks at the Royal Bafokeng Sports Palace on Sunday, are five points off the pace in third place in the standings, but, with 11 games to go, are still in with a strong chance of a shock title success.

Johnson, in his first full season as a top-flight coach, is clear about Stars' chances.

He insists his side are no "flash in the pan" as has been the case in previous seasons, when unfashionable clubs have been up among the leaders at the halfway stage of the campaign but then faded away.

"We have depth to our squad and that means we do have a chance.

"The task now is to prepare the youngsters to deal with the pace of the matches that will be coming in the next months.

"There's a lot of potential. We have a two to three-year plan and maybe we are a little ahead of schedule. But we can compete with Chiefs and Pirates and we have to soldier on."

But Johnson is noncommittal about where Stars are likely to finish the campaign.

"We just want to play as competitively as we can."

Stars, still smarting from a league defeat by Pirates on Wednesday, were too strong for Dynamos in their 1-0 Nedbank Cup victory on Sunday.