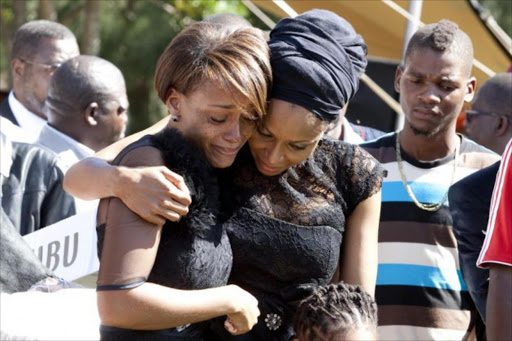 The prime suspect in the murder of Durban businessman Nhlanhla Gasa has agreed to cooperate with the police.

The 25-year-old man was expected to appear on a murder charge in the Durban Magistrate's Court yesterday.

KwaZulu-Natal police spokesman Colonel Vincent Mdunge said the man's willingness to cooperate could lead to a confession. As a result, his first court appearance was rescheduled for today.

The man was arrested in Groutville, on the KwaZulu-Natal North Coast, on Saturday night after returning from Eastern Cape.

The 63-year-old businessman, who had close political and business ties with the ANC, was stabbed in his home in Umhlanga, Durban, two weeks ago.

A close relative, who said he had been in regular contact with the investigators, said Gasa - the father of former Miss South Africa Mbali Gasa and TV presenter Noni Gasa - was stabbed several times in his home before his body was covered with bed linen and bundled into the boot of his Jaguar.

According to the relative, the suspected murderer then picked up several of his friends and drove them to visit his girlfriend in Newark, about 80km north of Durban.

Gasa's body was thrown off a bridge into the Tugela River, where it was found the day after the killing by locals drawn by the burned-out remains of Gasa's Jaguar nearby.

Family spokesman Louis Seeco yesterday said the family was confident that the police would make a breakthrough but family members were too upset to say anything further or react to the news of the arrest.

"At the moment, the family is mourning.

"The death of Gasa was horrible for them and they are finding it difficult to accept," he said.

Seeco said the family would not attend today's court proceedings in Durban.