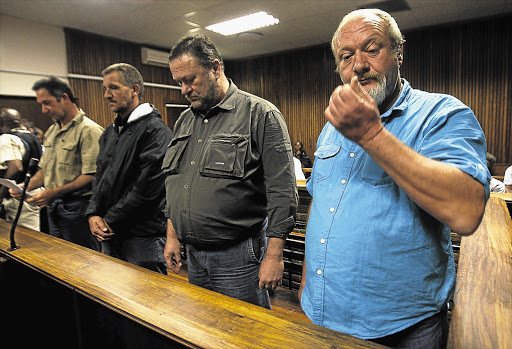 One of four men accused of plotting to assassinate ANC leaders is expected to appear in the Bloemfontein Magistrate's Court on Monday.

The appearance of Martin Keevy, 47, follows his admission to the Free State Psychiatric Complex for evaluation.

They are accused of planning to kill African National Congress leaders by detonating a bomb at the party's national elective conference in Mangaung.

Keevy, Trollip and Prinsloo were denied bail by magistrate Mziwonke Hinxa in January. Boonzaaier was granted bail of R80 000.

They are expected to appear in court again in August.