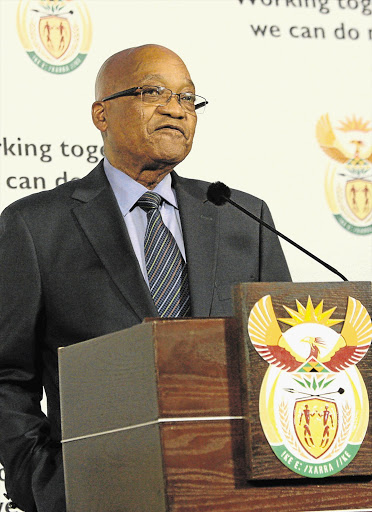 President Jacob Zuma said the ANC needed to "prove to the people in word and action" that the party was the only organisation capable of achieving social transformation.

"The ANC, the alliance and the mass democratic movement as a whole will once again have to mobilise the millions of our people to go and defend the gains of this hard-won democracy at the polls," Zuma said yesterday.

He denounced capitalism as a system that embedded a wealth gap with "hostile contradictions" between capitalists and the working class.

"This is a profound theme because the Young Communist League is historically charged with the immense responsibility to conscientise the youth about the plight of the working class and therefore the struggle for socialism," Zuma said.

Zuma said the ANC's efforts to generate employment were stymied by the global economic recession.

He said the task of the Young Communist League was to understand the nature of the society "we live in".

"You have to know that not everything is as it seems.

"Young communists must always appreciate that appearance is not always consistent with reality," he said.

Zuma said singing revolutionary songs and shouting slogans from rooftops did not mean that one was a revolutionary.

He said the establishment of two universities, in Mpumalanga and in Northern Cape, would quench the young's thirst for education.

He said that Kimberley had long played a leading role in the country's history and the new Sol Plaatje University would specialise in heritage studies, museum management, archaeology, indigenous languages and restoration architecture.

The Mpumalanga University will specialise in agriculture and biodiversity, which he said would be linked to food security, natural-resources management, nature conservation, plant and animal sciences, forestry, technology and wildlife management.