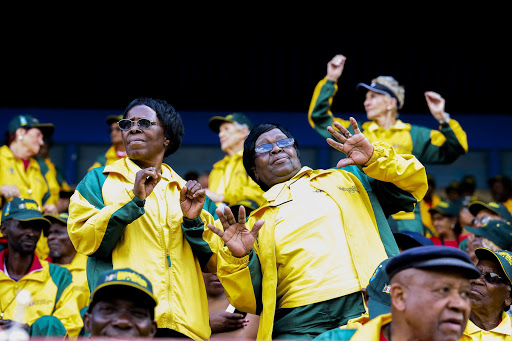 Senior participants of the National Golden Games held in Boksburg, hosted by the Departments of Social Development.
Image: Lauren Mulligan

Marion Jones’ 200m race at the 2001 World Championships may have earned her a gold medal, but Katie Barendse could give her a run for her money.

Barendse trains on a regular basis, and while she may have only came second in the 200m race yesterday, the 81-year-old said she was as fit as she feels – 25.

The elderly mother of 10 from De Aar in the Northern Cape was one of nearly 1 000 senior citizens who took part in the 2013 National Golden Games held in Boksburg, east of Johannesburg.

“When I exercise, I feel flexible. It helps me take my mind off a lot of things and I benefit from leading a healthy lifestyle,” she said.

It has only been a year that Barendse has been taking part in the event and already she sees a difference in her health.

“I train every second day by jumping, running and kicking the ball. Doing housework and taking care of my grandchildren comes easy now.”

Her 64-year-old teammate, Mabel Ramosa was taking part in the games for the fifth year and wants to introduce her neighbours to the activities.

“I have roped in many of them because they see the benefits. There is a lot of joy in keeping active. You grow young and not old,” Ramosa said.

The games were introduced by the Western Cape government in 2006. They were designed to promote active ageing for persons 60 years and older.

Ramosa added: “Too often do old people allow their bodies to grow old and stiff by not exercising on a regular basis. These games are a great, fun way to keep fit.”

“They need to be valued for the important role they played and how they contributed to who and what we are today as a county,” Majodina said.

“The games allow them to showcase their athletic abilities, but also form a part of their socialisation and distressing process.”

The Eastern Cape team members were crowned the overall champions of the event yesterday.