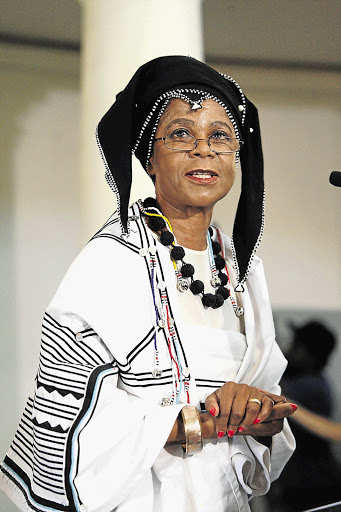 In her newly released autobiography, A Passion for Freedom, Ramphele retraces her life's journey from rural Limpopo to the World Bank.

In addition to describing her battles against apartheid and sexism, she writes extensively about her "triangular relationship" with Biko, whom she met at the University of Natal Medical School in 1969.

Ramphele says she found herself at an emotional crossroads where she could either marry her "first serious boyfriend", Dick Mmabane, or surrender her heart to Biko.

"In the second half of 1969 it became increasingly difficult to resist Steve's advances. I fell hopelessly in love with him, but would not even admit this to myself. We conducted a semi-platonic friendship which frequently 'degenerated' into passion.

"I became increasingly distressed at my dilemma. How could I desert Dick after all these years, particularly after his mother's death? I could not bear the thought of hurting him. But what of my passionate love for Steve?"

She married Mmabane but the two separated a year later.

Though Biko was married, he hand-delivered a love letter to Ramphele while his wife was on maternity leave.

"We naively vowed not to hurt the innocent party - Steve's wife," she says. "Life became increasingly complex as we tried in vain not to make our relationship a public affair. But it was impossible to stop the tongues wagging."

But former president Thabo Mbeki stirred no tender feelings in Ramphele. Of him she writes: "His belligerent attitude had struck terror into the hearts of many academics and commentators who were labelled as counter-revolutionaries the moment their public comment did not toe the party line."

Ramphele also explains her decision to publicise her net worth: "I wished to show that I had nothing to hide, especially as accountability and transparency were the foundation pillars of Agang."