The Big Read: He who laughs last 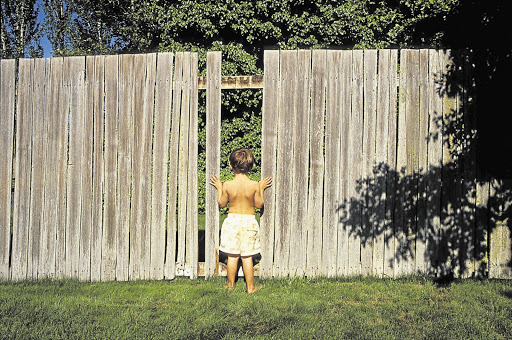 One of the more agreeable aspects of ageing is that your list of heroes changes. When I was 16 top of the list was Jim Morrison. Now it's Bill Watterson.

Watterson published the first Calvin and Hobbes exactly 28 years ago, on November 18 1985. Newspaper comic strips have always been a mysterious medium to me. Surely no one after 1936 has ever actually laughed at one: they're just a place to rest your eyes a moment before it's back to the grind of news and schmucks with opinions.

The Wizard of Id is about as funny as dropping a bottle on your bare foot; Andy Capp makes me cry a little inside; and I genuinely can't fathom how anyone can get up each day and draw another Dagwood column without developing the funless kind of drug problem.

I once had a girlfriend who parsed Fred Basset cartoons as though they were Eliot poems. She would scan each panel and speech bubble in a rising fury of tearful frustration. "How's this funny?" she would wail. "Where's the joke?"

Mind you, there's no accounting for taste. My wife finds Garfield funny. In god's name, why? I ask her. "Because he's a talking cat," she says giggling. "And he's very sarcastic!" This makes me love her more, but it does not stop me wanting to take Garfield down to the harbour with several bricks and a hessian sack.

Calvin and Hobbes were different. Calvin - the original Pi -- did make me laugh. He used long words and clever ideas but he was also a kid with a stuffed tiger who played on his own and filled a world with his imaginings.

And underneath the laughs was something else. Even when I first started reading it, a teenager not much older than Calvin, I felt that fine keen of melancholy, the same note that runs through Just William or Winnie the Pooh, the sense that even an idealised version of childhood is only a bright slanting bar of sunlight moving across an already reddening leaf, and that the very best part of it, perhaps the only part worth remembering, is that trembling moment when a child can still play alone in a forest filled with pirates and heffalumps and dinosaurs - that moment when the world is still a blank page and your eyes are a crayon.

Childhood was never the true subject of Calvin and Hobbes: imagination was. I liked the jokes and satire, but what caught my heart like a blackjack on a schoolboy's socks was that intimation of the autumn moment when the imagination starts to turn. Watterson's home town was Chagrin Falls, Ohio. That is just about perfect.

But many people write beautifully and well; snagging the heart doesn't make you a hero. This does: first Watterson refused to merchandise Calvin and Hobbes: there are no T-shirts or TV shows or hamburger tie-ins. In 1986 he was offered $300-million for a merchandising deal and turned it down, and every offer since. "It would have meant," he said, "that my purpose in writing was now to sell things, not to say things." He fought his own publishing syndicate for three years for the right not to make a fortune.

Then after 10 years Bill Watterson decided he had finished. Everything has its season, and the season was over. He stopped before he could repeat himself and go back over his own tracks like a man with a metal detector grubbing for coins.

There's purity in that, a grown-up purity far finer than the mythical purity of childhood. He took up oil painting, sitting side by side with his father, painting the woods behind his house. He was 37. "Creating a life that reflects your values and satisfies your soul is a rare achievement," he said. It's more than rare; it's heroic.

Above my desk, sticky-taped to a piece of card and Prestiked to the wall, is a clipping of the very last Calvin and Hobbes comic strip, from December 31 1995. It is a new day, the first day of the year, and Hobbes and Calvin are walking tracks through clean, blank fields of snow. "Everything familiar has disappeared," says the tiger, wide-eyed. "It's like having a big white sheet of paper to draw on."

They climb onto their sled. "It's a magical world, Hobbes, ol' buddy," says Calvin. Hobbes is behind him on the sled. From now on he'll always be behind him. The final panel is long and takes up almost half the two-tier strip. It has a few line-drawn trees in a corner, and then a small boy and a tiger on a sled arcing joyously across the white pure page towards the future, and Calvin's voice, receding into the white: "Let's go exploring!"